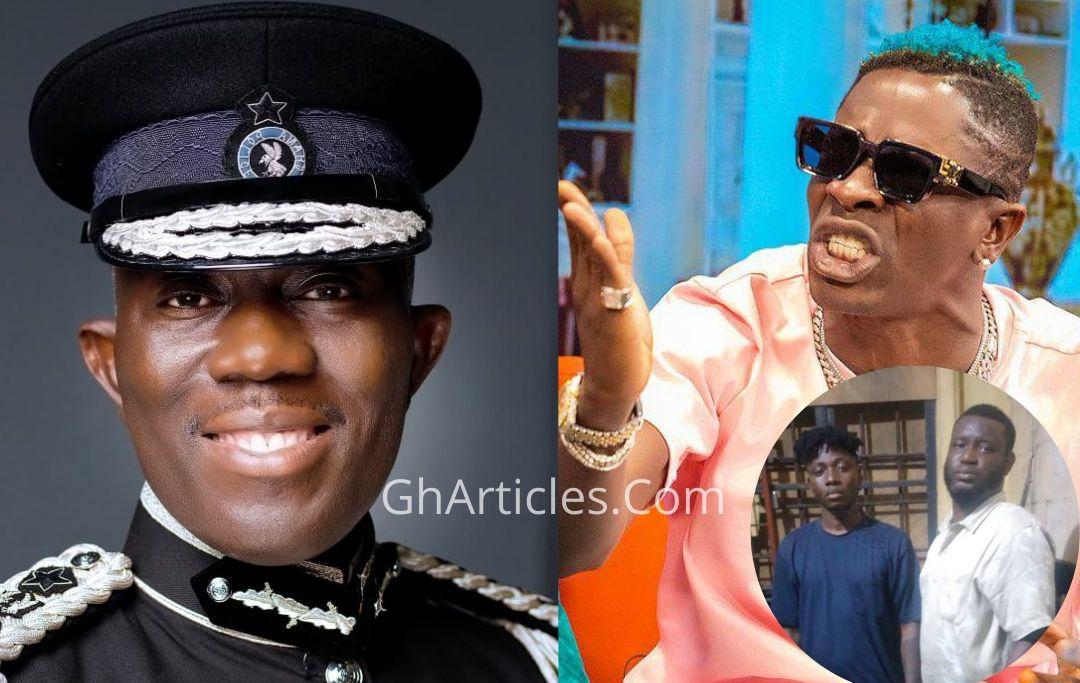 Dancehall musician, Shatta Wale, was on Wednesday morning made to apologise to the IGP, Dr George Akuffo Dampare, for disrupting an ongoing meeting with players in the creative industry.

The singer is reported to have rudely interrupted the meeting immediately he walked into the auditorium with colleague Stonebwoy.

The ‘Melissa’ singer was dragged out of the meeting by some police officers after he yelled at the Police boss over the seizure of his phone.

An Accra Circuit Court on Tuesday ordered the police to release the phones of Shatta Wale and his accomplices when they were arrested in October.

It is unknown what might have triggered his action, but according to Joy Entertainment show monitored by GhArticles.com, Shatta Wale was heard shouting, “what do you mean?”, “you think I can’t take my phone?”

According to the reporter, it took the intervention of musician A Plus, Bulldog, and others who called for calm heads.

They pleaded on Shatta Wale’s behalf to COP Nathan Kofi Boakye not to escalate the matter.

The musician was asked to join the meeting later.

The IGP, Dr George Akuffo Dampare, called for a meeting with the creative arts industry to engage them on how they can collaborate to work together.

READ ALSO:   VGMA22: 'We’ll Never Stop, Watch Out For What God Is About To Do Next’- Diana Hamilton Speaks After Winning 'Artiste Of The Year' Award [Video]