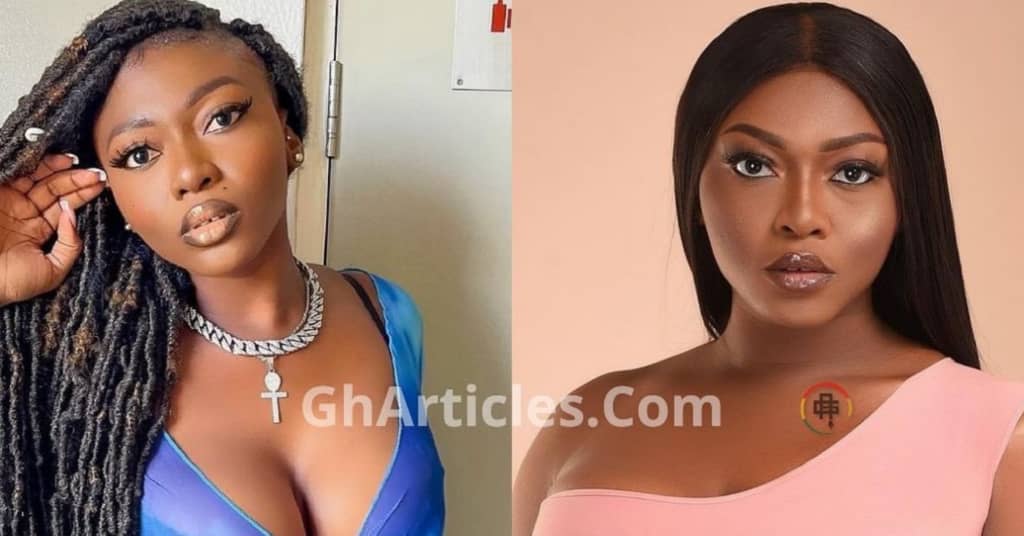 Days after calling Kintampo and some towns she began her music career from as village, the Black Avenue Musik record label signee, Sefa has rendered an unqualified apology to the people.

Earlier on GhArticles.com reported that Sefa in an interview with MC Yaa Yeboah on Bryt TV said she would go cry should her boss D-Black terminates her contract.

Speaking on the same show, Sefa revealed how the people of Kintampo and Techiman supported her music when she started.

However, the E Choke crooner called Kintampo and Techiman as ‘villages.’

The comments of the fast rising singer did not sit well with the people of Kintampo and Techiman who called on Sefa to apologise for her comments.

In new tweeted sighted on her Twitter page, Sefa called on the people of Techiman and Kintampo to forgive of her ignorance.

She revealed she still loves the people who supported her career at the early stages in the music industry.

The Fever hitmaker added that she is still learning, growing and opened to corrections.

THIS IS TRENDING:   Gone But Not Forgotten: Janet Jackson Shares Throwback Photo Of Michael Jackson On His Birthday; Photo Warm Hearts

Sefa revealed that God works in times and seasons and during the periods she used to perform some of her songs in the villages.

She realized that people really loved her songs but it wasn’t her time to breakthrough the music industry then.

The Fever crooner noted that she feels this is her time and moment that why she has attracted a lot attention of Ghanaian to herself.

MC Yaa Yeboah disclosed that she once told her boss D-Black to play a prank game on her, she told him to call her (Sefa) and terminates her contract.

However, D-Black refused and told MC Yaa Yeboah that her signee is an emotional person.

The Ghanaian singer admitted that D-Black told her about their conversation and she said she would go on national television and cry because she doesn’t want to part ways with him now.

THIS IS TRENDING:   I Will Be ‘Extremely Disappointed’ In VGMA If I Don’t Win Even One Award – Fameye

” I am trying to build a brand and persona where I wouldn’t look like too vulnerable to people. So I wouldn’t to do things that will make attract eyes on me,” she said.

She admitted to be afraid of being trolled and mocked by Ghanaians should they see her cry on TV or anywhere.

The two personalities kicked off their manager and artiste relationship in 2017 after the business mogul signed the ‘E Choke’ singer on his record label alongside several others.

And since then, they have not looked back.

Even though their working relationship has been rocked with dating rumours, D-Black and S3fa have always insisted that what they have is strictly business and have at all times been focused on making music.

Some of the Funniest Reactions To Davido’s Mega Birthday Fundraiser

THIS IS TRENDING:   See What Amerado And Delay Were Caught Doing Again At Event [WATCH]

THIS IS TRENDING:   Nicki Minaj Sends Heartfelt Message To Rihanna To Congratulate Her On Her Pregnancy