There have been so much talk about the building of the interchange.

Whereas some say John Mahama secured the money to fund it, others say credit should go to President Akufo-Addo for the work and it’s completion.

Social media have been awash with many reactions regarding that.

He, however, made some important statement that left many thinking.

In his address, he mentioned that the ruling party, NPP have spent less in building Interchange as compared to the previous government led by the former president John Mahama.

“We have spent less on three different interchanges as compared to the Kwame Nkrumah Interchange of the Mahama administration.

This shows that we are better managers of the public purse,” President Akufo-Addo said.

READ ALSO: MP’s Deserve Better Than $28m Car Loan; Some Of Us Use UBER – NDC MP

The NPP have insisted that the NDC used a total amount of $260m in building the Kwamr Nkrumah Interchange alone as compared to their $289m for three Interchanges at Tamale, Obetsebi Lamptey and Pokuase in less than five years.

The NPP have explained that with the $260m spent on a single interchange, they could have built more if the NDC were proper managers of the fund.

Sammy Gyamfi had also quashed those assertions and said the Kwame Nkrumah Interchange costed $70m but after that a separate loan to construct a Fly over added an additional cost of $190m and this was what increased the cost to $260m.

He asserts that, that particular Interchange only costed the country $70m. The Pokuase Interchange costs $84m to construct.

Divorce, Suicide On The High In Jomoro Due To Closure Of Borders – Jomoro MP 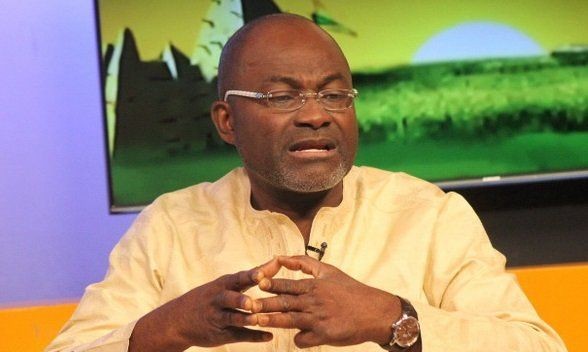 NDC To Release ‘Do or Die’ Cloth, Campaign Song [Audio+Photos] 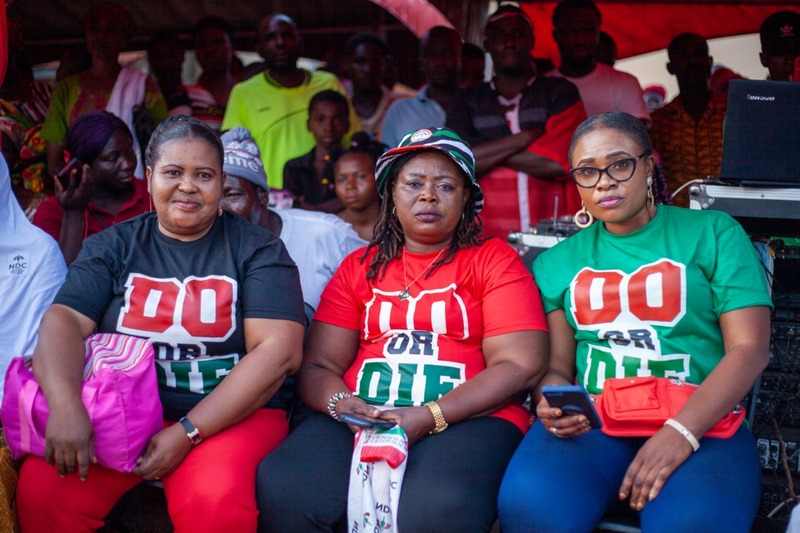 The opposition National Democratic Congress (NDC) will use the controversial ‘do or die’ comment by former President John Mahama as a campaign song in the 2024 general election.

National Communications Officer, Sammy Gyamfi, who disclosed this, said the grassroots were energised when Mr Mahama charged them to be vigilant at the polling station.

Mr Mahama came under pressure to retract and apologise for his ‘do or die’ comment which many said was a call to violence.

As a former President, civil society groups and political pundits expected him to rather call for a free and fair election.

They, therefore, appealed to Mr Mahama to apologise. But he insisted that ‘do or die’ is an idiomatic expression.

In support, Mr Gyamfi said the former President must be commended for the ‘do or die’ comment.

“Mahama’s ‘do or die’ is a call to vigilance; he has done nothing wrong and we will not withdraw,” he fumed.

The NDC National Communications Officer said they have resolved to print cloth and compose a song with the idiomatic expression ‘do or die’ ahead of the 2024 elections.

“We are now going to move the ‘do or die’ campaign to another level, compose songs with it and even print cloth. Those who have a problem with this either don’t know the character of Mahama as a peaceful person or don’t understand the meaning of ‘do or die’. . . we don’t care . . . we are determined to work within the remit of the law,” he opined.

Listen to Sammy Gyamfi in the attached video above: Former President John Dramani Mahama is of high expectation that persons found culpable in the Ejura shooting incident will be duly punished.

His concern comes ahead of the release of the report by a three-member committee set up to investigate the circumstances that led to the killing of two persons and the injury of four others.

“In Ghana, police are the first to move in to deal with demonstrations. Military stays behind the police but in the video, I saw the military taking lead and started shooting immediately they got out of the vehicle,” he said.

Mr Mahama said this in an address to the people of Frante at Ejura where he has started a ‘Thank You Tour’ of the Ashanti Region.

“The security personnel have become trigger-happy. We say impunity breeds more impunity. Impunity breeds criminality and violence. It looks like the President is happy with these incidents,” Mahama added.

In June, two people were allegedly killed by the military, while four others were injured after some protesting youth of Ejura Sekyedumase clashed with the military and police.

The youth were protesting the murder of the 40-year-old Ibrahim Mohammed, aka Kaaka.

Mr Mahama believes the failure of the President to punish persons indicted in the Commission report on the Ayawaso West Wuogon bye-election incident was the reason for the recent election-related shootings.

According to him, the Medical Superintendent of Ejura Government Hospital, Dr Mensah Manyah has been victimised for testifying before the Justice Koomson committee.

Dr Manyah has been transferred to a health centre which Mr Mahama regards as demotion, stating this breaches good governance ethics and impedes the development of the country.

“I can only encourage the Doctor and hope he discharges his duty diligently in his new position just as he did at the Ejura Government Hospital,” he said.