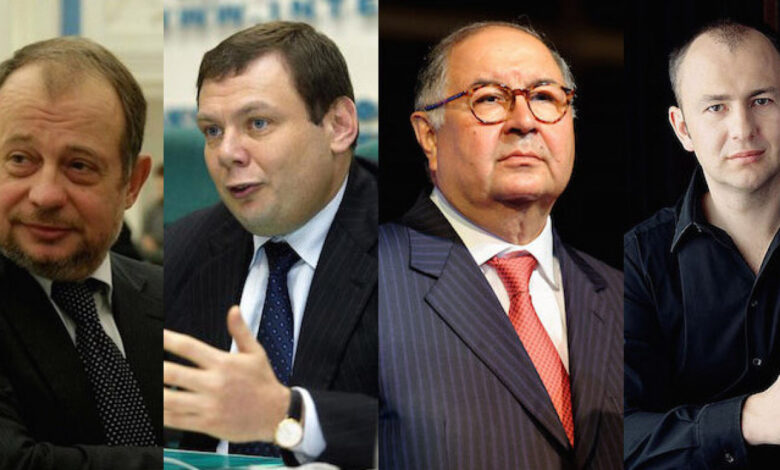 Vladimir Potanin, Russia’s richest man, lost $3 billion in one day on Thursday. He is now worth $26.1 billion.

Russia’s 22 richest individuals saw their net worths plunge by a collective $39 billion in less than 24 hours after their country invaded Ukraine, according to the Bloomberg Billionaires Index.

The Russian billionaires lost more money on Thursday than they had lost year-to-date up until Wednesday, according to Bloomberg.

The biggest loser was Vagit Alekperov, chairman of Moscow-based oil company Lukoil, who saw his wealth fall by one-third in one day as the company’s share price plummeted 32% on Thursday. Alekperov now has a net worth of $13 billion, down from $19.2 billion, according to Bloomberg.

Vladimir Potanin, Russia’s richest known man (no one knows for certain just how rich Russian President Vladimir Putin is), lost $3 billion after the share price of Norilsk Nickel, where he is the president, crashed 26%.

It could get worse for Russia’s richest individuals as Western sanctions intensify.

The US on Tuesday announced sanctions including measures against Russian oligarchs and their family members. On Thursday, President Joe Biden doubled down with another round of sanctions.

THIS IS TRENDING:   Hilarious Moment as Mourners Carry Kitchen Stool to Pay Last Respect to late Headmaster at His Funeral [Video]

On Tuesday, the UK also announced sanctions on five Russian banks and three individuals. Among the individuals sanctioned was oligarch Gennady Timchenko, who has close ties with Putin, according to Reuters.

Timchenko is the 11th-richest person in Russia with a net worth of $12.1 billion, according to Bloomberg.

Here’s a breakdown of Russia’s top ten richest people, their net worth, and how much they lost in one day on February 24, according to the Bloomberg Billionaires Index.

THIS IS TRENDING:   Hilarious Moment as Mourners Carry Kitchen Stool to Pay Last Respect to late Headmaster at His Funeral [Video]

THIS IS TRENDING:   'Bitter' Asiedu Nketiah Might Not Vote For John Mahama - John Boadu

THIS IS TRENDING:   'Bitter' Asiedu Nketiah Might Not Vote For John Mahama - John Boadu