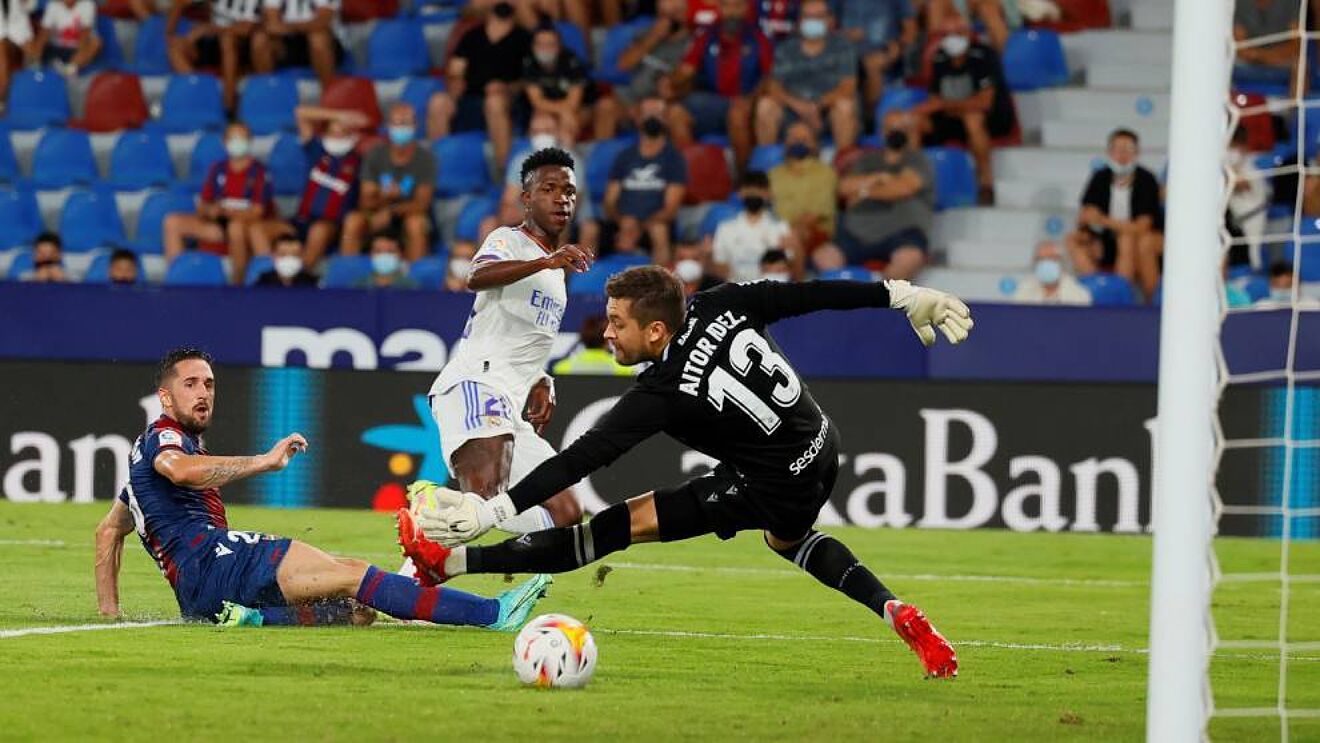 Real Madrid and Levante played out a six-goal thriller that saw Gareth Bale’s first La Liga goal since 2019 and an outfield player end up in goal.

Rober Pier put Levante back into the lead but Vinicius made it 3-3 with a clever finish before Levante goalkeeper Aitor Fernandez was sent off.

He ran 20 yards outside his box and handled to stop Rodrygo going past him, with defender Ruben Vezo having to goal for the final few minutes.

Fortunately for Levante, Real Madrid never forced him into a save.

When Bale scored the opener for Real with a clever first-time finish, it looked as if that would be the story of the game.

Back in the picture under Carlo Ancelotti, it was the Wales legend’s first La Liga goal since September 2019 and his first for Real Madrid in any competition since January 2020.

At half-time with Real Madrid 1-0 up and looking in control, it seemed as if the only question would be how much they won by.

Less than 30 seconds after the restart though, the Valencia hosts levelled with their first shot on target when Marti netted from Gonzalo Melero’s through ball.

They then led through Campana’s sensational volley into the top corner from Jorge de Frutos’ cross.

THIS IS TRENDING:   South American Referee Suspended After Failing To Give Red Card

At this stage Real brought off Bale in part of a triple sub that saw Vinicius come on – and the Brazilian ended up rescuing Real.

First of all he ran onto Casemiro’s through ball before keeping his composure and slotting home.

Levante again led through Pier’s close-range finish after David Alaba deflected a free-kick into his path.

But Vinicius’ clipped finish off the inside of the post rescued a point for Real.

Fernandez’s red card came at a bad time for Levante, one minute after they made their final substitution, but fortunately for them Real could not take advantage of Vezo’s cameo with the gloves in six minutes of injury time.

I Will Not Fight Amateur Again – Samuel Takyi

THIS IS TRENDING:   One-week Observation For Late Godfred Yeboah Announced

THIS IS TRENDING:   Ghanaians Don't Appreciate Me But Outsiders Do - Asamoah Gyan Laments