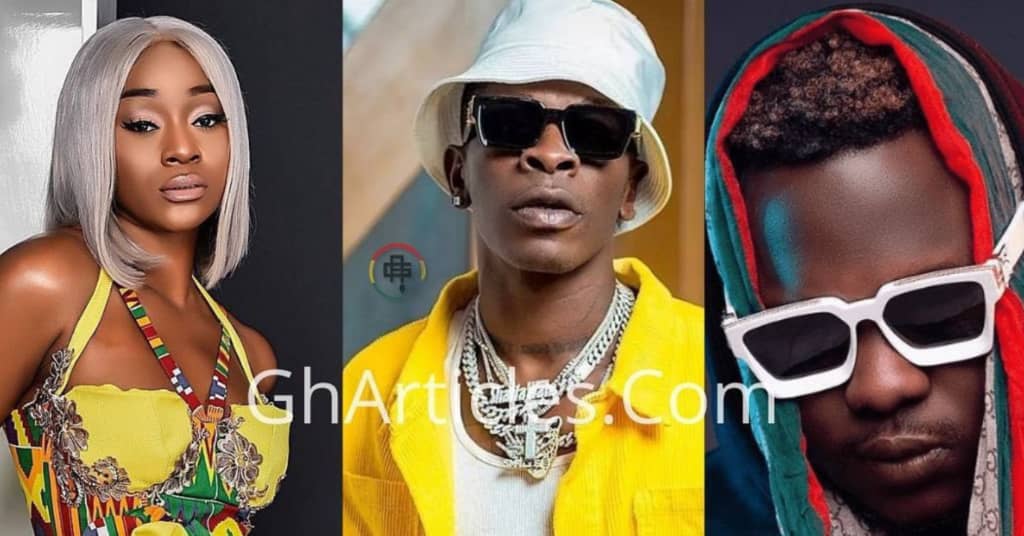 Ghanaian actress and video vixen, Efia Odo has reacted to the arrest and detention of two Ghanaians celebrities, Shatta Wale and Medikal for breaking the law.

Shatta Wale and Medikal got arrested and subsequently remanded by an Accra Circuit Court last week after both Ghanaian musicians were found guilty of breaking the law.

Shatta Wale appeared brfore an Accra Circuit Court and was slapped with 10-days remand jail term after he was arrested for faking a shooting incident.

Medikal on the other, got arrested hours after appearing in court to support his best friend Shatta Wale.

The La Hustle hitmaker was also slapped with 5-days remand jail term after he was picked up by the Ghana Police for brandishing a gun on social media in a viral video.

The arrest and detention of Medikal and Shatta have garnered a mixed reactions from Ghanaians and celebrities on social media, while some are demanding the Police to free them others are praising the newly appointed IGP Dr George Dampare for doing a great job.

Following this, controversial actress, Efia Odo took Instagram to descend on pastors who are fond of giving bad prophesies to cause fear and panic in people.

The socialite and brand influencer wondered why today’s pastors don’t reveal prosperity to people but only reveal bad things and death to people.

She shared a Scripture from 1 John 4:1 which encourages the believer to not believe every spirit but test it to see whether the Spirit is from God or not.

The Scripture further warns the believer to be aware of fake prophets who have already gone out into the world.

The actress then added that Prison isn’t the nicest place to be but she hopes it will serve a good lesson to both Medikal and Shatta and moreover to those out there as well.

Swipe for details below;