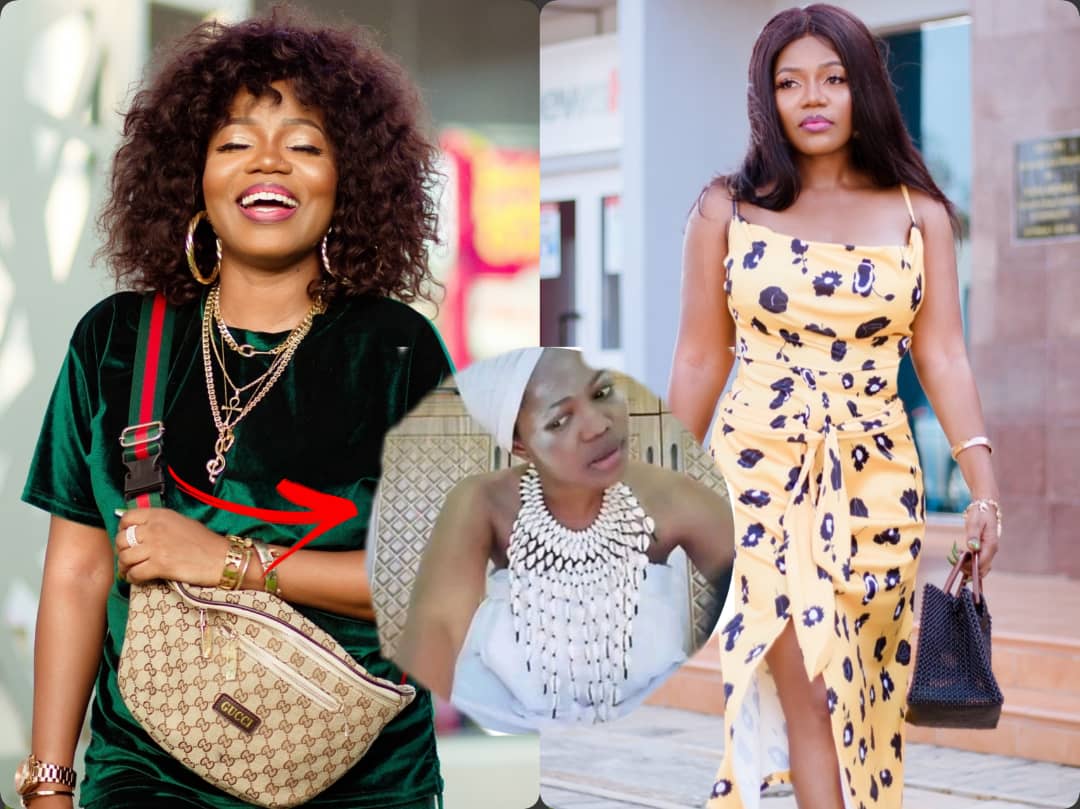 A few years ago, Ghana experienced one of the most viral sagas, “Papano.”

It swept the country, with every tidbit of information that appeared enthralling the entire country.

Actress Tracey Boakye and musician Mzbel fought for this catchphrase.

Because they were both wanting to “Show Body,” the two persons became physical with each other.

The narrative really harmed NDC leader John Mahama, who was thereafter suspected of being the “Papano” these two women were fighting over. In some ways, this contributed to his loss in the general election of 2020.

A guy who was involved in a quarrel over the ‘Papano’ has brought it up again as we speak.

In a tweet that is both witty and lengthy, Mzbel has requested “Mr. President” to quit punishing her over the matter.

The socialite and singer pleaded with “Mr. President” to keep his word and pay the debt he promised to pay.

Despite the fact that Mzbel did not specify who “Mr. President” was, some speculate that she was addressing her message to Mahama because his name was the most discussed throughout the 2020 election story, and she wished to assist him.

THIS IS TRENDING:   "Was He Paid To Wash Plates?" - Nana Aba Anamoah Questions Manchester United Fans

She wrote to the president: “Mr. President, I’ve been humble, considerate, quiet, and patient enough. Please don’t use this “Papanpo” issue as an excuse to punish me! When I have to go after people to get what they owe me, it gets very bad! Be a man of your word. It’s been almost 6 years. 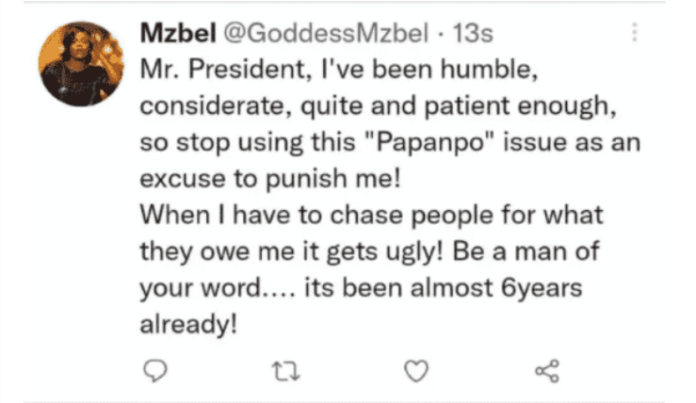 THIS IS TRENDING:   "Was He Paid To Wash Plates?" - Nana Aba Anamoah Questions Manchester United Fans