Cardi B has secured the bag once again. The “Clout” rapper, 29, received not one but six Chanel purses from her husband, Offset, for Valentine’s Day.

The Migos member, 30, filmed Cardi B unwrapping her lavish gifts Monday and posted her reaction to his Instagram Story.

“I got that one in Dubai,” Offset told Cardi as she opened the first box containing a red and black sequin Chanel crossbody.

“Oh, this is pretty,” the “WAP” rapper said of the pricey purse. In another video, Cardi opened her gift to reveal a nude Chanel double flap bag.

“S–t. What the f–k. God damn,” Cardi B said of the jumbo purse as she tried it on with the light blue dress she was rocking.

“This one is cute!” she exclaimed of another small pastel blue style.

THIS IS TRENDING:   Martha Ankomah Reveals Strange Thing That Happened To Her After Eating On Set

Cardi seemed even more excited when she opened the fourth box to reveal an aqua patent leather jumbo double flap bag with silver hardware, shouting, “Where the f–k you got this from?”

“Opening gifts is a lot,” Cardi said as she made her way to another beautifully wrapped present, which contained the fifth bag: a pink version of the aqua purse. 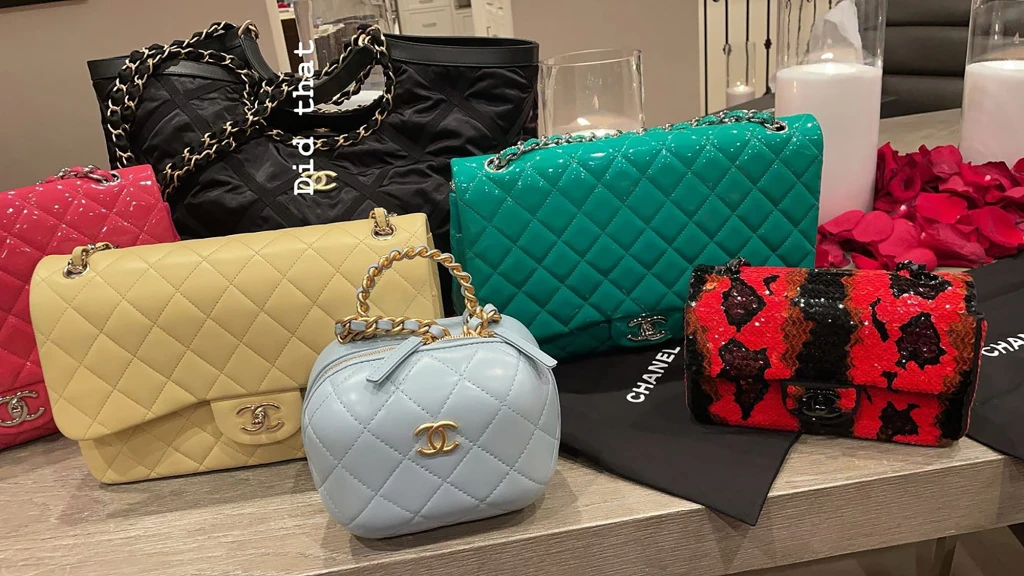 The “Bodak Yellow” rapper was so excited, in fact, that she started doing the cha-cha, yelling, “Oh my God, this bitch is bad!”

“Babe, I can’t. I can’t,” she told Offset, clearly impressed with his grand gesture.

The final purse was wrapped and displayed with hundreds of rose petals and roses outside by their pool, which was also filled with red petals. Inside, Cardi found a massive black tote bag with gold hardware, of which she said, “This is cute.”

THIS IS TRENDING:   May You And I Compose Gospel Music To Win Souls - Actress Moesha Hints On Releasing A Gospel Song With Kuami Eugene

Inside their mansion, Offset set the scene with even more roses, rose petals and intricate flower displays as well as a massive spread of delicious food.

“I’m so happy,” Cardi told him in another video.

The “Lick” collaborators secretly married in 2017 and briefly separated in 2020, but Cardi then withdrew her divorce papers. They have since welcomed two children together: 3-year-old daughter Kulture and a 5-month-old son, whose name the pair have yet to reveal.

meanwhile, there has been reports of shortage of roses in Atlanta, as Offset secured $500,000 worth of heart-shaped flowers for Cardi.

THIS IS TRENDING:   Afia Schwar Battling For Her Life At Hospital; Begs Ghanaians To Pray For Her (Watch)

THIS IS TRENDING:   I Was Nearly Stabbed In Kumasi Because Of Our ‘Tuobodom' Song – Naakay Reveals [Video]

THIS IS TRENDING:   Afia Schwar Battling For Her Life At Hospital; Begs Ghanaians To Pray For Her (Watch)

THIS IS TRENDING:   Thieves Break Into Prophet Kumchacha's Home; Take Away GHS10,000 And Laptop