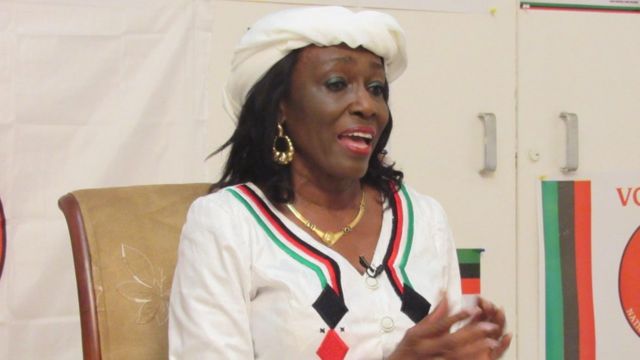 According to the NDP, the exit of Mrs Rawlings from the opposition NDC is ‘final and forever’.

There have been countless calls for the NDC to get the former First Lady back into their fold but the loudest voices are those from the family members of the NDP Founder.

The calls take the form of an appeal to get the NDC to take the initiative to get her back.

The freshest of such calls was from her own daughter, Dr Zanetor Rawlings, Member of Parliament (MP) for Korle Klottey who appealed to the NDC during her late father’s one-year memorial when she asked the NDC to take steps to bring the NDP founder back into the NDC.

Ahead of the above call, former President Jerry John Rawlings also at NDC’s congress held in Kumasi at the Baba Yara Sports Stadium, prior to his unfortunate demise, called on the former First Lady to come back to the party to help ensure peace in the party.

But Speaking to Nana Aba Anamoah in an interview, Nana Konadu explained that the conviction with which she was attached to the NDC is missing and that she is currently with the party she had joined.

THIS IS TRENDING:   Ghanaians Will Not Forgive Akufo-Addo If We Fail To Qualify For The World Cup Again – Sammy Gyamfi

“You join something with a conviction and when that conviction is lost, you need to excuse yourself because if you stay it is your own problem,” she said.

She categorically stated that she didn’t hear her husband and that she will never make a u-turn.

She said after her toil to make the NDC what it is today, the party has been taken over by thieves and that is a major reason why she will never go back to the party.

As if that was not enough, a statement issued November 14, 2021, by the NDP General Secretary, Alhaji Mohammed Frimpong, said the Founder of their party will not rejoin the NDC.

According to the NDP her exit is final and forever. 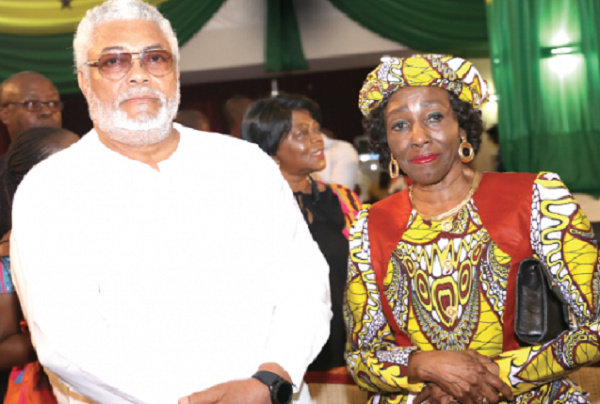 “It was a compelling long and hard decision by the NDP founder to give very loud expression to her convictions to the principles of sincerity, honesty and integrity. The background to her decision is glaring from the open conspiracy by her NDC detractors and hawks who held sway after her flagbearership contest with the late President Mills,” it stated.

The NDP believes that such open calls show that NDC leadership is still the same and nothing new has been added.

THIS IS TRENDING:   Rejected Juaben MCE-nominee Arrested And Bailed Over Bribery Claims

“Calls from the NDP founder’s family members are ample credence to the freedom of opinion and political affiliation among family members without any antagonism.

“It is, of course, the same reason why the NDP founder, the late beloved President Rawlings, Dr Zanetor (Korle Klottey NDC MP), Yaa Asantewah, Amina and Kimathi, are all watched closely and afar in the best of family harmony.”

The statement categorically indicated that “Let it be said loud and clear that the convictions of the NDP founder in consonance with the NDP policies stand irreconcilable with the orientation in the NDC that sacrificed commitment to sincerity, honesty and integrity.”

It continued to expose how the exit of Mrs Rawlings was not enough for her detractors who undertook subtle moves to destroy all the social infrastructure she had built for womenfolk and grassroots.

They are convinced that: “Indeed by her leadership of the NDP the nation is assured of the pristine grassroots participation in governance with a focus on critical and social infrastructure for national development,” stressing that “the NDP founder’s exit from NDC is final and forever.”

THIS IS TRENDING:   I Have An “Outstanding Track Record” Than Akufo-Addo - Ex-Prez Mahama

THIS IS TRENDING:   Cabinet Begins Discussion On Subsidies For Petroleum Consumers

THIS IS TRENDING:   Ghanaians Will Not Forgive Akufo-Addo If We Fail To Qualify For The World Cup Again – Sammy Gyamfi