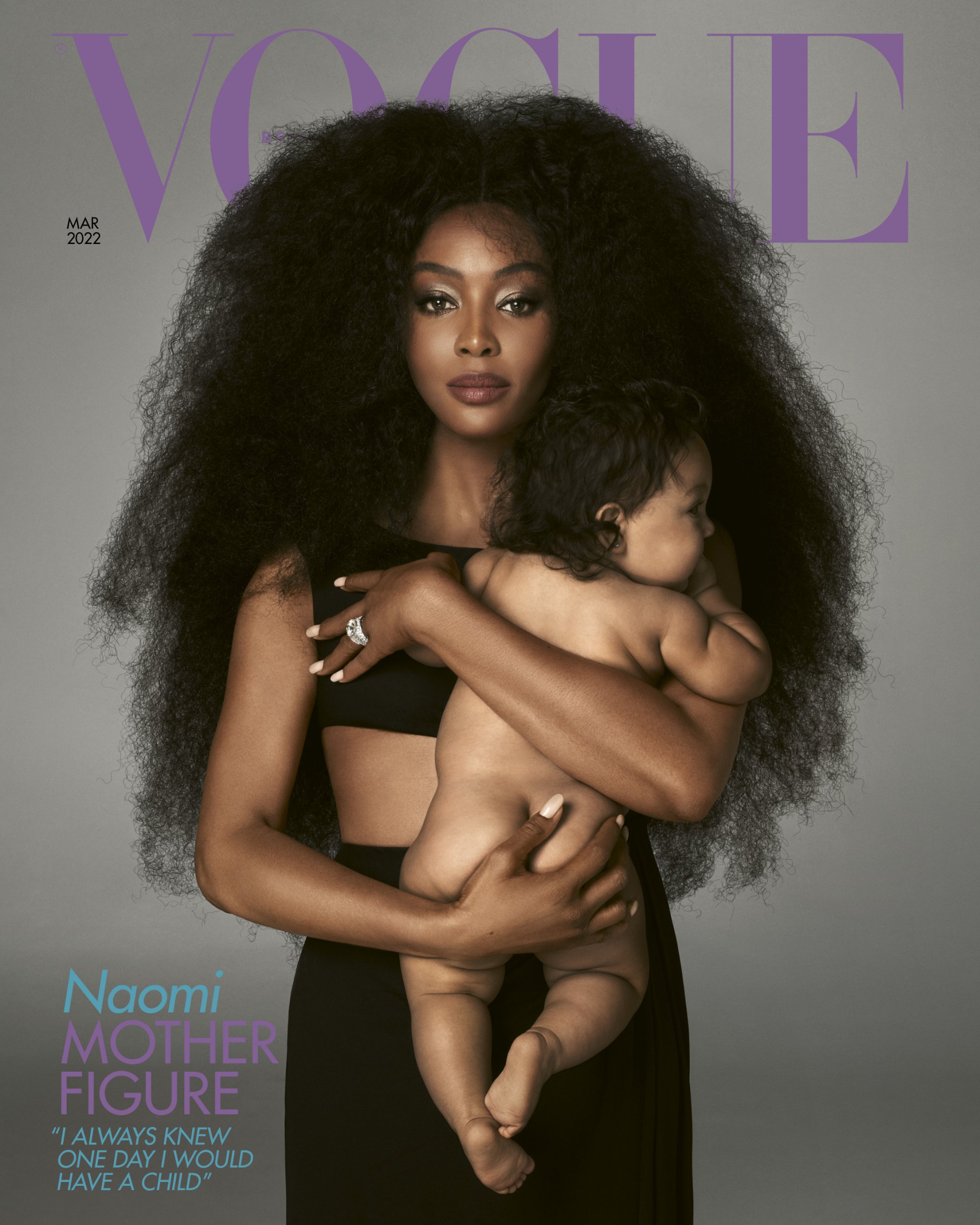 Naomi Campbell’s baby has made her magazine debut.

The supermodel, 51, posed on the March cover of British Vogue, holding the baby girl she secretly welcomed in May 2021.

Campbell has decided to keep her daughter’s name private, and will divulge no other details about her birth other than stating, “She wasn’t adopted – she’s my child.”

Fans weren’t the only ones kept in the dark about her daughter.

“I can count on one hand the number of people who knew that I was having her,” she said. “But she is the biggest blessing I could ever imagine. It’s the best thing I’ve ever done.”

THIS IS TRENDING:   'Your Husband Drives Miles To Come Eat My P*$$y' - Abena Korkor Shades Victoria Lebene In New Video

Now that she’s had the baby, Campbell can’t stop gushing over the “good girl” who loves to travel.

“She sleeps very well, she hardly ever cries and I’m told she’s very alert for her age. She’s just started waving, which is fun. She laughs a lot. She’s almost talking,” Campbell said, adding, “I think she might walk before she crawls. And she’s got six teeth already.”

And Campbell’s group of Supermodel pals have been very supportive. Cindy Crawford was among the first to meet her when she was just a few days old and Christy Turlington visited shortly after, less than two weeks later.

THIS IS TRENDING:   Nana Ama McBrown Returns Home After Surgery In Germany (Video)

Plus, the baby is already a customer of fashion’s elite, having received numerous designer duds.

“She has a really nice closet thanks to so many designers and friends who have sent her some lovely things, but wow, kids grow fast, don’t they?” Campbell said.

No doubt the star is saving some of her own treasures for her daughter as she ages.

Related Topics:GhArticlesgharticles.comNaomi Campbell
Up Next

#ValentinesDay22: Offset Surprises Cardi B With Hundreds Of Flowers And Lavish Decorations For Valentine’s Day

THIS IS TRENDING:   Devastating News Hit The 'Black Panther' Crew As Another Actor Dies

THIS IS TRENDING:   It Will Take You More Than A Decade To Get A Hit Song Like One Corner - Patapaa Tells Amerado

THIS IS TRENDING:   I Was Shocked - Majid Michel Reacts To Shatta's Attack On Actress Jackie Appiah

THIS IS TRENDING:   I Was Shocked - Majid Michel Reacts To Shatta's Attack On Actress Jackie Appiah