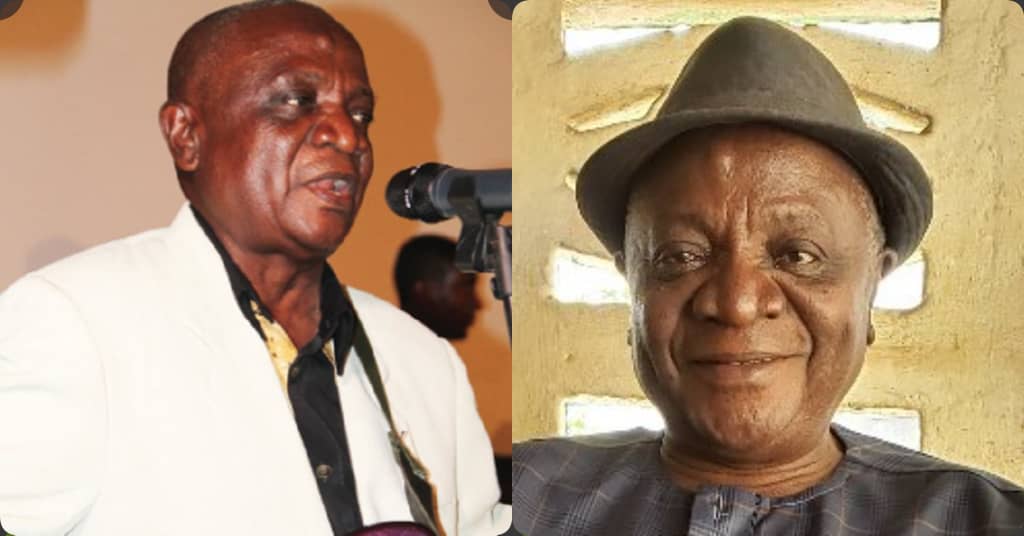 A report on Hitz FM has confirmed that highlife legend Nana Kwame Ampadu has allegedly passed on after battling illness for some time this year.

According to the grandson of the music maestro, he died around 6:00 am on Tuesday morning at an undisclosed hospital.

Speaking on the Daybreak Hitz show, the family member added that, there has been a family meeting to talk about the way forward.

Interestingly, moments after his grandson broke the news, a message from his son rubbished the report claiming Nana Ampadu is rather in a critical condition in an emergency ward.

Meanwhile, some fans have taken to social media to commiserate with the family members of the music giant who blessed Ghanaians with awesome highlife tunes.

So far, his demise, though some news portals have announced it, is yet-to-be confirmed.

Listen to the interview below:

Meanwhile, Ghanaians on social media have already starting pouring out tribute to the legendary musician.

Below are some of the tributes to celebrate the Obra hitmaker sampled by GhArticles.com from Twitter;

It is been alleged that Nana Kwame Ampudu, a seasoned highlife artist has pass on aged 76 😢

May his soul rest in peace pic.twitter.com/0QQlJMXQvU

Enjoy this One from the Legendary Nana Kwame Ampadu. (Drivers)

Bosom Pyung Apologises For ‘Brutalising’ Lord Paper In A Bar