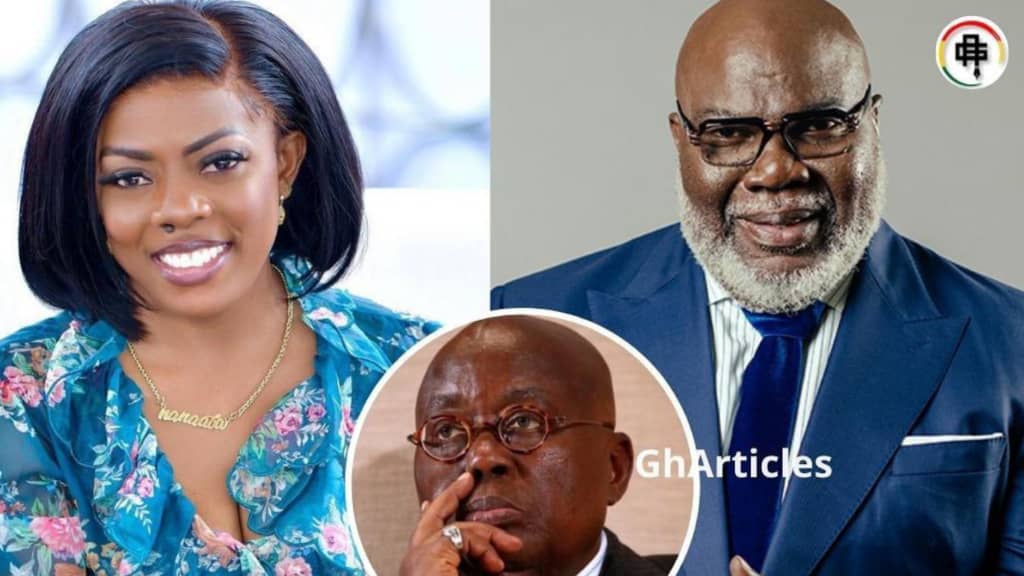 Bishop of The Potter’s House, Thomas Dexter Jakes Sr., who recently spoke highly of President Akufo-Addo has received a lot of backlash from some social media users on Twitter.

In a video circulated on Twitter, the American bishop, popularly known as TD Jakes, while introducing the Ghanaian leader to his audience as one of the speakers for his upcoming summit on leadership noted that Ghana has transformed under the tutelage of President Akufo-Addo.

According to him, he has been amazed by the works of President Akufo-Addo such as making Ghana a booming tech centre and his efforts to transform the country into a key travel destination.

“I have, for some time, watched with amazement, the President of the Republic of Ghana and the Commander-In-Chief of the Ghana Armed Forces. His Excellency Nana Akufo-Addo, will speak at our International Leadership Summit this month”. And, in case you are not up to speed on how things are going in Africa; Ghana is one of Africa’s wealthiest countries; he [Akufo-Addo] has completely turned it around.”

THIS IS TRENDING:   Photos Drop As Kanye West And Drake Officially Ended Their Beef

“It is the largest producer of gold on the continent and the world’s second-largest producer of cocoa. Under President Akufo-Addo’s leadership, Ghana has emerged as a booming tech centre – even welcoming Twitter”. [Twitter] is moving to Ghana. Africa’s corporate headquarters of Twitter is going to be there”.

“President Akufo-Addo is also working to transform Ghana into key travel destinations, particularly for Americans but particularly, for African-Americans and the African diaspora and aggressively promoting investment in the country”.

But after noticing his comments, some users have indicated that the American Bishop is out of touch with reality.

According to them, Ghana is not the heaven the man of God painted as he introduced the President.

Reacting to the whole saga, ace broadcaster, Nana Aba Anamoah took to Twitter who ask social media users who actually sat down to write the script read by the man of God.

In a tweet, she wrote, “Who wrote TD Jakes’ script?”

THIS IS TRENDING:   Watch The Moment Sarkodie Shakes Off Stingy Tag; Sprays Cash On Fans After Performance

THIS IS TRENDING:   Photos Drop As Kanye West And Drake Officially Ended Their Beef

THIS IS TRENDING:   “Let’s Buy A Taxi For TT And Turn Our Focus To Those Struggling At Hospitals” – Bridget Otoo

THIS IS TRENDING:   God Sent Me With Favour And Anointing; I Am Gifted - Abena Korkor Declares In New Video