Social media content creator, Nana Made In China, has revealed that he has kissed a man

in an interview that he has locked lips with a fellow man before during a game they were made to play.

Speaking in an interview with Ghanaian blogger Zionfelix, which was monitored by GhanaArticles.com,  Nana Made In China revealed that the kiss was because of a game of “truth and dare’ with his friends. He said he was asked to share a kiss with a fellow man which he gladly did. According to him, that particular kiss was the best he has received in his life so far despite the fact that it was from a man.

He recounted further in the interview, saying, he has not even received such a kiss from a woman before.

When asked if he identified as gay, Nana Made in China said he did not know. He delved into the LGBTQI+ issue in Ghana and said he was the least perturbed about what people decided to do with themselves.

All You Need To Know About Ghanaian Gospel Legend, Mary Ghansah 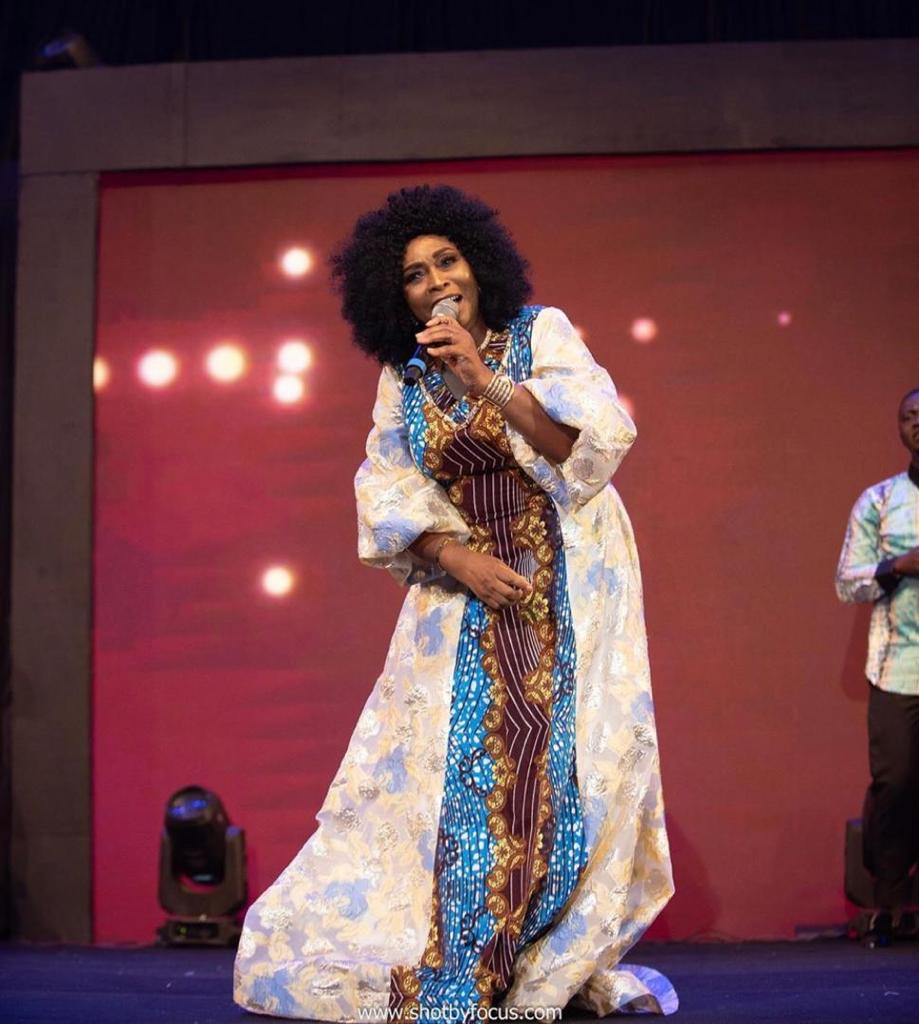 Rev Dr Mary Ghansah, affectionately dubbed as the lady-with-the-guitar is one such a woman that has come to symbolize the Woman-of-God in Ghana, through the utilization of her providential talent and the agility in the delivery of her musical prowess.

Dr Mary Ghansah is an ordained Minister of Elohim, the out-pour of testimonies that are been meted to her presence suggests she is such a person that has touched the lives of many and arrested lots of souls to the custody of God, through her ministrations.

Rev Mary qualifies as one of a kind that is the making of her own pedigree and in fact could be numbered as a virtuous woman, if ever there is a company of them around.

This is also a woman that time has become the rightful judge of the controversy that surrounded her pioneering work in the gospel music industry of Ghana.

She is born to the late Mr Joseph Ghansah and Madam Elizabeth Anderson all partly from Senya Breku, Anumabu, Saltpond and Accra in the Central and Greater Accra Regions of Ghana, on the Wednesday of May 13, 1959.

Rev Mary is the eldest of five siblings that comprise of two other women and two men.

She has strived to complete her tertiary education at The Glory Leadership College, where she studied theology and counseling.

Mary became a musician at the time she discovered her potentials with the Power House Evangelistic Ministry at Tema in 1974 at the age of 15 years.

Before Mary became an independent musician, she was a member of the Power House Evangelistic Ministry in 1974 and the Glorious Vibration Incorporated in1978.

“Praise & Worship in Zion” was the three-day evangelism fiesta at the Meridian Hotel in Tema that catapulted Rev. Mary into her ministration career in 1986.

Ever since then Rev. Mary has criss-crossed Ghana with her team of musicians and evangelists in a crusade to impart the Word of God to the many youth in second cycle educational institutions and churches.

There are a lot of them that have been healed of their sicknesses, delivered from their spiritual bondage and those souls that have been arrested to the custody of the Almighty God.

All these have featured in the testimonies that have been showered unto her by the many that she now meets in the cities, towns and villages of Ghana.

Rev Mary is a talented gospel musician of our era; a prolific song writer, who composes her own songs. Above all her stage craft in delivering her performances surpasses many in the gospel industry.

In the forty years of her career as a renowned gospel musician, Mary has had to her credit over twenty gospel music Albums of which ONIPA BEN NI and NYAME NDAE are her favourite.

She has also won many awards, which include: the Entertainment Critics and Reviewers Association of Ghana (ECRAG) Award for Best IN CONSISTENCY Gospel Album of the Year-1993; Unity Award; Freedom Concert Award-2013; and the Foot Print Music Award-2012, all to the Glory of God.

Her musical career has granted her the opportunity to travel to France, Belgium, Togo, Ivory Coast, UK, USA, and many other places in Ghana.

Some of Mary’s worship songs have been adopted for worshiping by the Christian churches in Ghana. Controversy surrounded her earlier musical career, when she pioneered music albums that featured worship songs-in-tongue; the kind of lyrics was considered to be an anathema to the music and press fraternity of the country.

Mary Ghansah has a lot of admirers including fellow musicians like Stella Ahenewa Dugan who professed that she admires Mary Ghansah a lot because of her tenacity in music, and the Daughters of Glorious Jesus who take her as their mentor.

Some of Mary’s music contemporaries have been the singing duo of the Tagoe Sisters, who she has been in constant communion with.

Currently, Rev Mary is a member of the ICGC Calvary Temple at Sakumono.

Rev Mary also serves on the boards of some statutory and corporate institutions. These include:

● Director of Gospel Music, MUSIGA
● Member of the Ghana Gospel Industry Award Board
● Former Member of GAMRO board
● Board Member, Star of Hope( Swedish NGO) 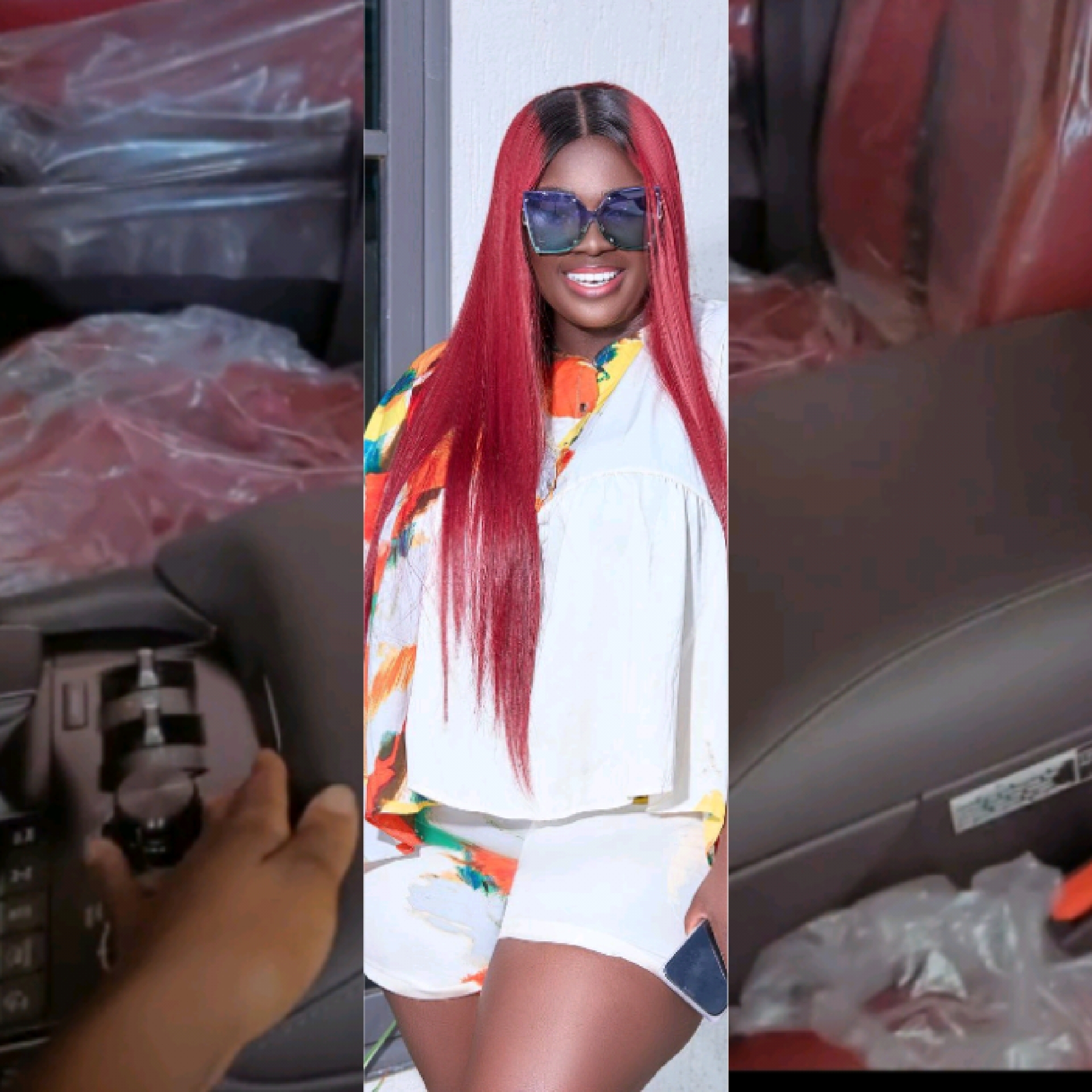 Looks like Kumawood actress and movie producer Tracey Boakye has got a new addition to her growing fleet of cars.

Unfortunately, it is not known when Trace bought the new car or what kind it is but she has shown a glimpse  of it off in a new video she shared on her Instagram page.

In the instagram video sighted by GhArticles.com, Tracey was seen inspecting the interior of the new car covered in plastic.