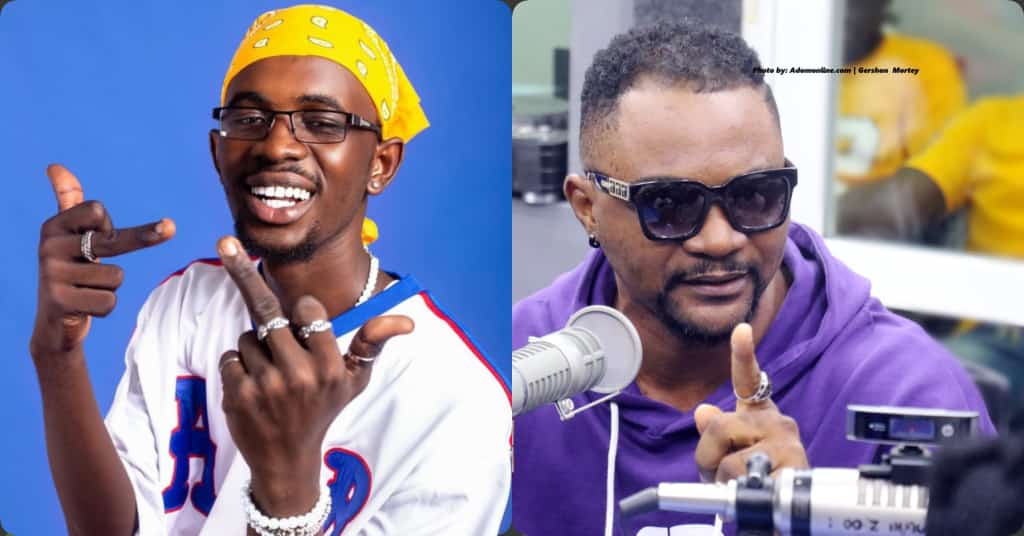 Controversial radio personality and artiste manager, Mr Logic, has come under series of backlash for his recent criticism on fast-rising singer, Black Sherif.

However, the outspoken entertainment pundit cleared the air on the perception that he hates him, declaring that he has no feud with the young singer.

Speaking on Daybreak Hitz with Andy Dosty on Hitz 103.9 FM, he said: “I do not have any issue with Black Sherif. Never. I like him,” he pointed.

This comes after Mr Logic expressed his thoughts on Blacko’s latest single, ‘Kwaku The Traveller’, saying that he didn’t really enjoy the song.

Mr Logic has consistently been on Black Sherif’s case ever since the RBA artiste’s issues with his purported financier, Snap Chavis Wayne, came to light.

THIS IS TRENDING:   'It Is Now Time To Fly Higher' - MzGee Break Silence After Quitting TV3 And 3FM

Be that as it may, Mr Logic explained his actual reasons for being firmly objective with his submissions regarding the ‘First Sermon’ hit-maker.

He said that, Ghanaians are quick to forget positive remarks, thus, he [Mr Logic] recounted a moment when he praised Blacko for being an outstanding singer among the Kumerican artistes, but, people have failed to remember he ever said that.

“It was on this same platform that Black Sherif will be the only Kumerican artiste who will go far. Where was Black Sherif when I said that? Did Sherif hear it or not? Did his team hear it? Do you know of calls I got due to that? But I still stood firm on my grounds and words. I never retracted. But when I said he is being one-way, you are saying ‘bring him down’,” he stressed.

THIS IS TRENDING:   Cheat On Me With Sense And Use Protection - Nigerian Actress Tells Partner

But in spite of that, Mr Logic commended Black Sherif for his cadence and tremendous delivery on his songs and the ones he’s featured on.

He urged the ‘Second Sermon’ hit-maker to stick to the style he is famously known for.

He also advised Blacko to pay critical attention to constructive criticism, and remain wary of people who always praise him regardless of his flaws.

Related Topics:Black SherifGhArticlesgharticles.comMr Logic
Up Next

I Am Proud Of Ghana – Paul Okoye Of P-Square Says

THIS IS TRENDING:   Tonto Dikeh Gifts Son A Plot Of Land In Scotland On His Birthday

THIS IS TRENDING:   Charterhouse Drops Official Website For Musicians To Submit Works For VGMA23

THIS IS TRENDING:   Kwaw Kese Slumped For Exposing Yaw Tog To Explicit Content

THIS IS TRENDING:   'The Queen Is Back!!!' - Nana Ama McBrown Announces Her Comeback To Mainstream Media