According to our sources, Moesha Bodoung drunk parazone in an attempt to end her life after battling with mental illness soon after she gave her life to Christ.

The former slay queen has been the talk of town since she turned a new leaf in her life after declaring she was going to serve God for the rest of her life.

Our sources say that, Afia Schwarz was beating mercilessly by Moesha during her visit to the repented soul.

According to the source, Moesha has a deliverance chair in her mansion for anyone who visits her. 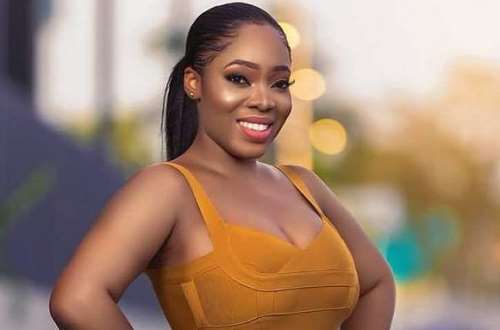 It says that, Moesha insist on her visitors sitting on that chair for spiritual deliverance before any other thing.

It was during such moments, when Moesha asked Afia Schwarz to confess her sins because Moesha alleged she has shared an inocent blood.

However, Afia Schwarz denied it during the deliverance session which led to her beatings. It also added Moesha has gain more strength since the mental illness began.

Furthermore, the source also added that, Moesha is facing eviction from her plush mansion and bouncers are always seen in the house.

According to the source, some celebrities came together to raise fund to rent a two-bedroom flat for Moesha, however, the plans were halted after Ayisha Modi and Afia Schwarz beef came up.