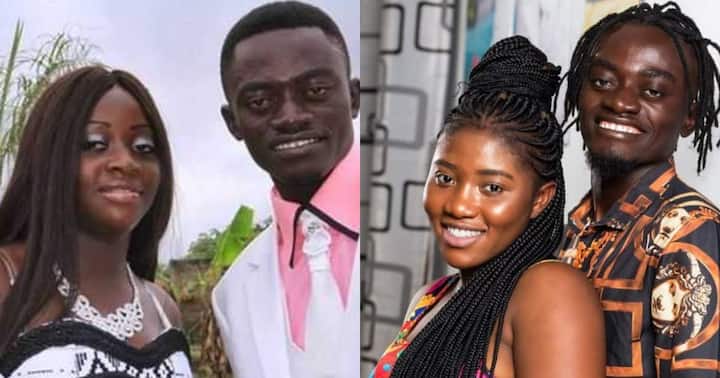 Popular Kumawood actor, Kwadwo Nkansah Lil Win, has been severely criticsed for his new marriage to his new wife, Maame Serwaa, who is based in the United States of America.

In a video sighted by GhArticles.com on Instagram, a lady who identified herself as a sister to Lil Win’s first wife Patricia, said she was disappointed in the actor.

According to her, the family never liked the idea that Patricia would be involved with Lil Win but out of love, she did not listen to the family.

She went on to say that the actor did not even marry Patricia officially, but she had three children for him.

According to the lady, things were hard for them when they cohabited, but Patricia played her role well in ensuring that they had what to eat at home.

Even when you started chasing movie producers around with broken heels, and because you think you had the talent to act, Pat was supportive and would show up for you,” the lady said about Lil Win.

She is pained that her sister might not get a man to marry her because she has had not one or two kids but three for Lil Win.

In today’s Ghana, which man would like to marry a woman with three children, Patricia, which man,” she queried.

According to her, Patricia’s life has turned upside down with pain, regrets, and broken heart due to the disappointment from Lil Win which she never expected.

To her, Lil Win chose the new woman because she comes from a rich family.