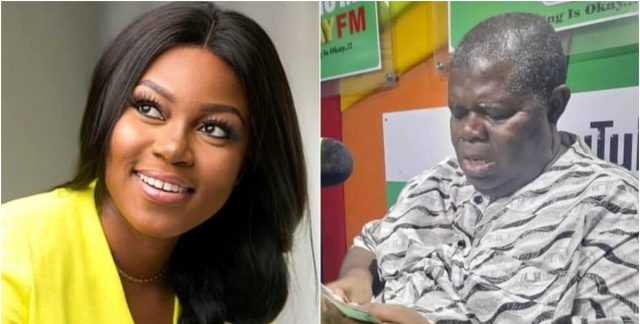 Many people chastised T.T. for begging for leftovers after receiving a significant payment from the vice president.

In response to T.T’s death, Yvonne Nelson stated in an interview on Accra FM on Thursday, January 20th, “I feel awful and I’ll be praying for him.”

“It has already occurred, and how we are going to treat it is crucial.”

When dealing with people who have health problems, one must use extreme caution… “You can have a lot of money, say $100,000 in your account, but if you get sick and spend all of it on your health, that doesn’t mean you’re broke or anything; it just means you need help,” she explained.

What if he had a lot of money and spent it all on his health? It could happen to anybody; we never know what the future holds.

“”He may have done a few things here and there that people are questioning, but this is someone who needs care, so if you know you won’t offer it to him, respect him as an older guy,” she said.

Yvonne went on to say that compassion is needed because failing health can strike anyone at any time.

THIS IS TRENDING:   Bridget Otoo Drags Stonebwoy For Endorsing SidiCoinNFT To Fans

THIS IS TRENDING:   Actor, Michael K. Williams Dies At Age 54