The reality TV star unfollowed Kanye on Thursday, February 17, 2022, amid his tirades with her new lover, Pete Davidson.

According to reports, Kim unfollowed Kanye immediately he share a post about Pete writing; “HI SKETE YOU GOT ANYMORE MENTAL HEALTH JOKES FOR ME?”

It didn’t end there as he continued but insisted that he wasn’t harassing the ‘Saturday Night Live’ star.

“This boy thought he could get away with performing this sketch for the team that wrote this for him,” West wrote of the 2018 “Weekend Update” segment in which Davidson blasted West’s MAGA rant. 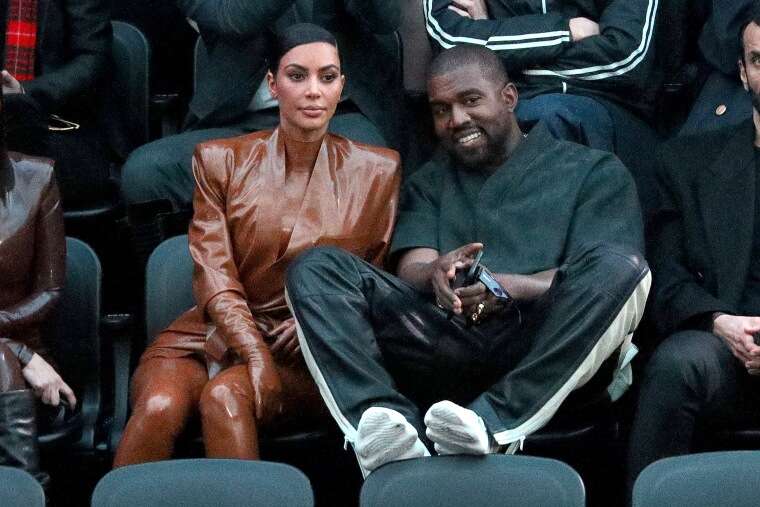 This latest development is coming days after Kanye vowed that he would stop harassing Pete on social media.

He also sent a truckload of flowers to the mother of his four children on Valentine’s Day.

Their separation has been marred by drama on social media.

From Kanye calling out Kim for kidnapping one of their daughters and exposing the other to social media to Kim claiming to be solely responsible for the care of their children, it’s been tough keeping up with the West.

THIS IS TRENDING:   I Miss The Days That We Used To Show The World - Yvonne Nelson Reacts To The Current Form Of The Black Stars

THIS IS TRENDING:   Afia Schwarzenegger Ponded With Champagne As She Turns 40 Today (WATCH)

THIS IS TRENDING:   I Miss The Days That We Used To Show The World - Yvonne Nelson Reacts To The Current Form Of The Black Stars