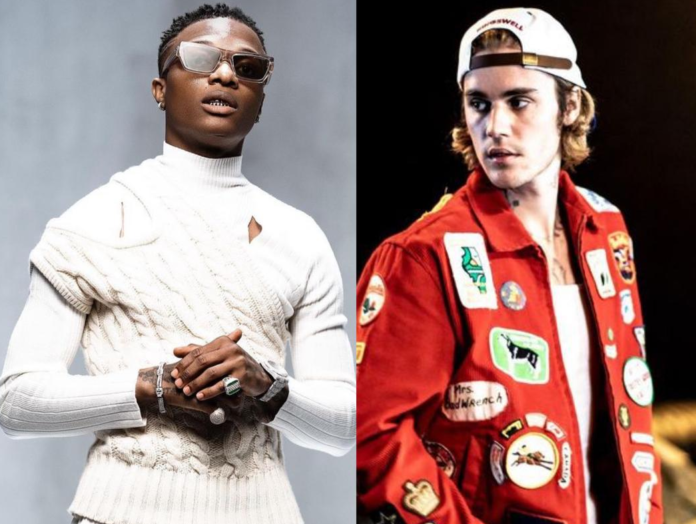 Pop artiste, Justin Bieber, has shown gratitude to Nigerian singer WizKid for giving him the chance to do a remix of his Essence song, off his Made in Lagos album, which also features Nigerian singer Tems.

Justice Bieber, in his message, said he had no alternative because the Afrobeats/RnB song has been steadily garnering numbers on major streaming platforms – tagging it as the “song of the summer” season.

He wrote: Thank u for letting me jump on the song of the summer. Essence remix out now.

WizKid announced Thursday (August 12) that Justin Bieber will be featured on a remix of his Afrobeats hit ‘Essence,’ which also features singer Tems on his Instagram page.

The announcement of the collaboration thrilled many who congratulated the One Dance hitmaker for the feat.

‘Essence’ debuted on the Billboard’s Hot 100 in July at Number 82 after the Tems-assisted song was released in October 2020 from Wiz’s album Made in Lagos.

The sultry Afrobeats/R&B club jam has been steadily climbing the tally over the last five weeks, rising to its current position of Number 54 in the week ending August 14, per Billboard’s website.