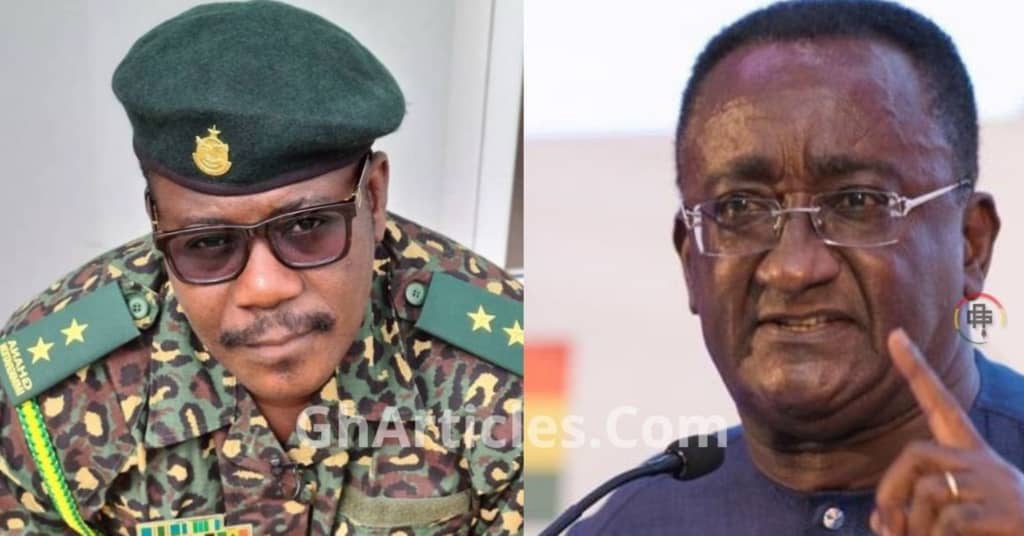 TV3 presenter, Johnnie Hughes has asked Minister of Agriculture, Dr Owusu Afriyie Akoto to show him the market he claims he bought a bunch of plantain for GHC4 in Ghana.

Recently, Dr. Owusu Afriyie Akoto, the Minister of Agriculture stated that the prices of foodstuff on the market have been reduced drastically.

THIS IS TRENDING:   Nana Ampadu Was Like A Father To Me – Akosua Agyepong Mourns Highlife Legend

In a report filed by 3news.com.gh, the minister said while speaking at a media engagement in Accra over the weekend, that prices of food commodities are rather dropping.

“The statistics that we compile in this ministry do not support that,” he said.

He added that a friend of his recently told him a bunch of plantain which used to be sold at GHC40, he bought it GHC4 at a the market.

The minister’s comments come after the General Agricultural Workers Union (GAWU) issued a warning to Ghanaians to brace themselves for increments in food prices in the country.

Following, Johnnie Hughes asked the Agric Minister the name of the market his friend bought the bunch of plantain for GHC4.

Related Topics:Dr Owusu Afriyie AkotoGhArticlesgharticles.comMinister of Agriculture
Up Next

THIS IS TRENDING:   Nana Ampadu Was Like A Father To Me – Akosua Agyepong Mourns Highlife Legend

THIS IS TRENDING:   'Stop Being Miming Artiste Else You’ll Never Win Grammy' – Blakk Rasta To Sarkodie

THIS IS TRENDING:   'I Was Happy When She Passed' - Okyeame Kwame On His Grandmother's Passing

THIS IS TRENDING:   'Can Your Chicken Feet Fit My Pair Of Shoes?' - Nana Aba Anamoah Killer Reply To Serwaa Amihere After She Teases Her