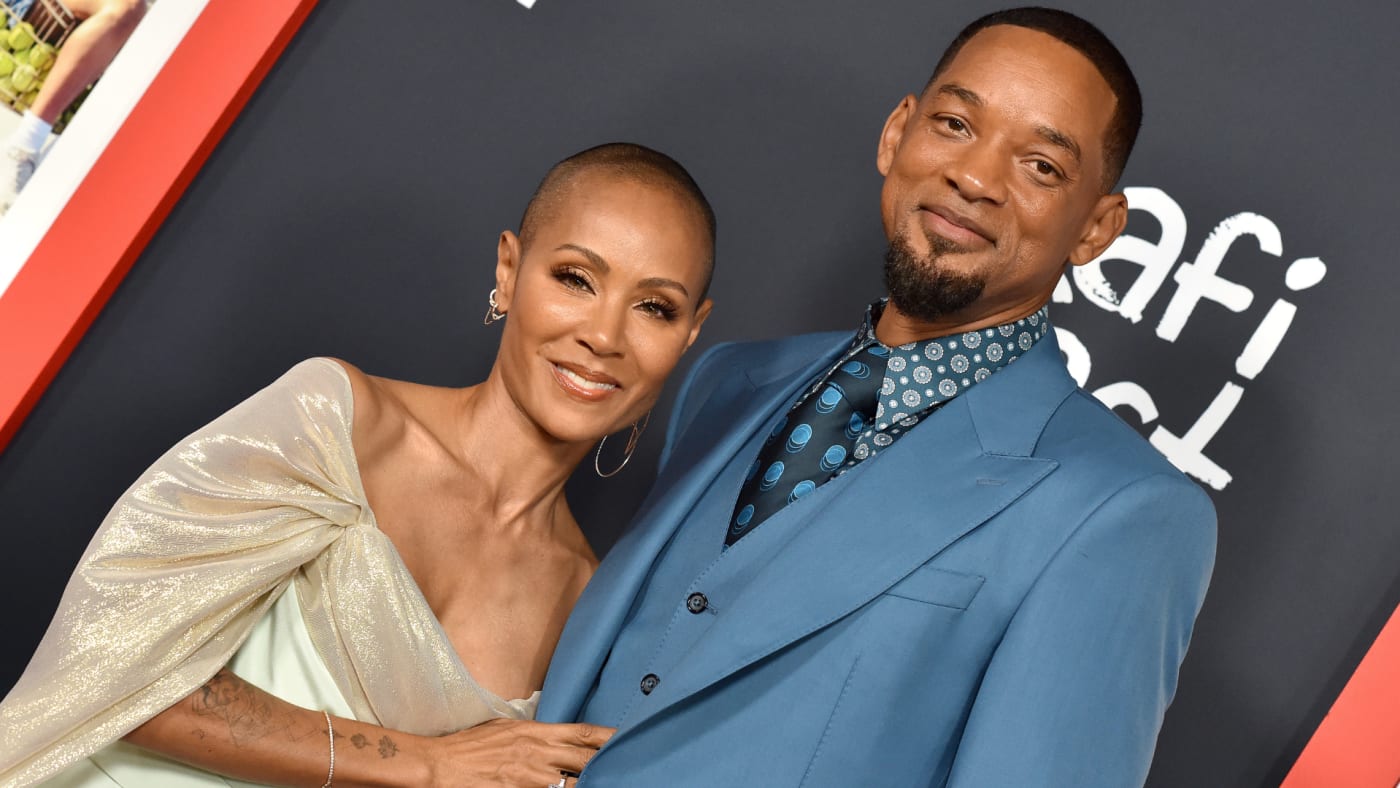 Jada Pinkett Smith has broken her silence after the outcry over her husband slapping Chris Rock for making a joke at her expense.

In a brief post to Instagram, the actress wrote of a “season for healing” in apparent reference to the Oscars incident.

Her husband, Will Smith, was condemned by the awards organisers for hitting Rock.

He apologised on Monday, calling violence “poisonous and destructive”.

The incident Sunday night happened just before Smith won the Oscar for Best Actor, when the comedian Rock was on stage to present the award for Best Documentary.

He made a quip about Pinkett Smith’s shaved head, a result of the hair-loss condition alopecia.

Pinkett Smith did not comment amid the furore and public debate that ensued over the merits of Rock’s joke and Smith’s actions until Tuesday, posting to Instagram: “This is a season for healing and I’m here for it”.

THIS IS TRENDING:   T-Pain Expresses His Disgust For Lil Nas X's Style Of Music, Says 'I Don't Need To Feel Like I'm Gonna Die Watching Ur Video'

Rock has yet to comment publicly on what happened at the Oscars or Smith’s apology.

However, tickets for his upcoming comedy shows have reportedly skyrocketed in Sunday’s aftermath.

One live event ticketing site, TickPick, said on Monday that it sold more tickets the previous night than it did in the past month combined.

THIS IS TRENDING:   Meet Your New PUMA Ambassador, David

Shortly after the on-stage blow, Smith won his first ever Oscar for his portrayal of Richard William, the father of tennis stars Venus and Serena Williams.

Smith referred to Mr Williams in his tearful acceptance speech, calling him a “fierce defender of his family”.

On Monday, Mr Williams condemned Smith and expressed surprise that the incident had taken place.

“We don’t know all the details of what happened,” he told NBC through his son, Chavoita LeSane. “But we don’t condone anyone hitting anyone else unless it’s in self defence.”

“Who Do You Think You Are?” – Kwadwo Sheldon Blasts Ghanaian Artists For Their Absence From 3Music Awards

THIS IS TRENDING:   Meet Your New PUMA Ambassador, David

THIS IS TRENDING:   T-Pain Expresses His Disgust For Lil Nas X's Style Of Music, Says 'I Don't Need To Feel Like I'm Gonna Die Watching Ur Video'