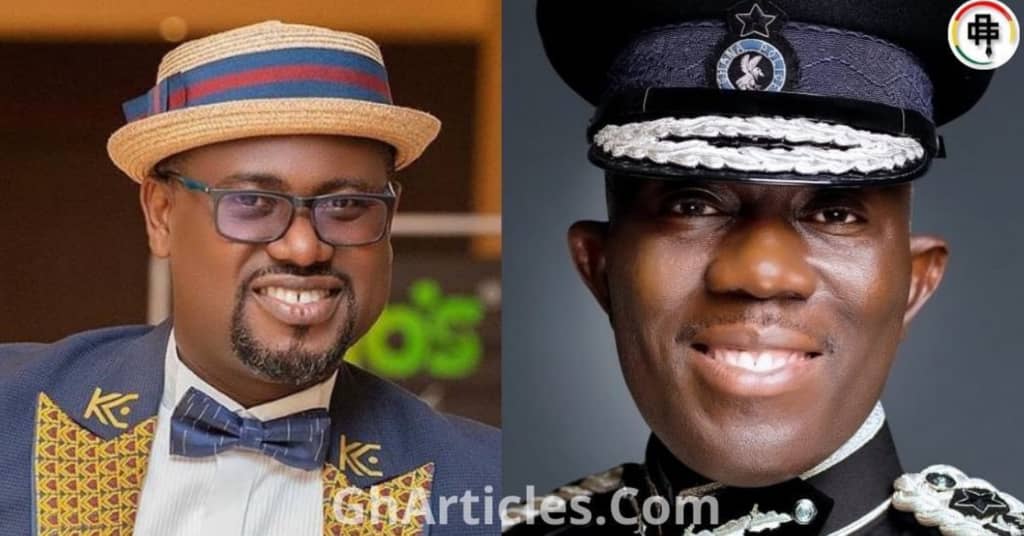 There is no single doubt that George Dampare has really done some great works since his appointment as the new IGP of the Ghana Police Service.

The IGP has already won many Ghanaians heart for the good work is doing and one them is Okay radio presenter, Abeiku Santana.

In a new video available to GhArticles.com, the multiple award-winning media personality has vowed to campaign massively for Dampare if he decides to contest for the presidency in the future.

According to Abeiku, he is willing to become Dampare’s campaign manager if he (IGP) decides to stand for president after his retirement from the Police Service.

THIS IS TRENDING:   Meet 4-year-old Brigitte Xie Who Plays Piano Like An Adult

Abeiku Santana believes that Dampare is the only person who can change Ghana and make things better in the country for the citizens.

Explaining further, he said for the first time in many years, the laws in Ghana are working under the Dampare’s watch as the IGP.

Also, Dampare has been visiting his men who have been hospitalized at various hospital to check up on them and comfort them.

Under his watch, the Ghana Police Service yesterday supplied free bottle water for commuters who were walking from their homes to their various work places following the commercial drivers sit-down strike.

THIS IS TRENDING:   “Black Sherif’s Talent Is Crazy, I Would Like To Put Him On”-Sarkodie Says [Video]

Further more, the Ghana Police Service picked up some commuters with the police buses to their work places.

The above mentioned are some of the reasons why host of the Ekwanso Dwoodwoo has decided to back Dampare for president in the near future.

THIS IS TRENDING:   Actor Prince David Osei Vows To Campaign Against NPP If E-levy Is Misused

THIS IS TRENDING:   Meet 4-year-old Brigitte Xie Who Plays Piano Like An Adult

THIS IS TRENDING:   Kaninja And Xandy Allegedly Sacked From Angel TV