I will make a better president in my second term, says Flagbearer of the NDC, John Mahama in an interview.

The Ex-President was speaking in an exclusive interview on Starr FM when he disclosed his performance when elected again. He made mention of mistakes, he committed when his government was ruling.

Speaking further, Mahama said, “I will make a better president in my second term”. He noted he will be having direct communication with his citizens when elected.

He made known how he will get to know what citizens want and don’t, through direct communication.

He said, ” one of the regrets I have is that during my time in office, I didn’t speak directly to the people. you know, to let them understand what we’re doing. So if I have another opportunity to speak more directly to the people, often when you become president, you have a communications minister, information minister, all kinds of people speaking on your behalf.  I think it is better than the president eyeball to eyeball with the people explaining the policies to them

I Pleaded With Fomena MP Not To Go Independent But He Turned On A Deaf Ear.

15 Assembly Members And Others Granted Bail For Cursing Regional Minister

Fifteen aggrieved Assembly Members who together with three others, invoked curses on specific political and public officials in the Central Region, have been granted GHC5,000 bail each with a surety each, by the Assin Nyankumasi Magistrate’s Court.

They all pleaded not guilty to the charges of offensive conduct, contrary to section 207 of Act 29/60 and provoking the breach of the peace in the Assin South Area.

Chief of Assin Nsuaem, Nana Kwabena Wadie III, had during proceedings, pleaded with the Court presided over by Mr Samuel Etsie Jnr, for an out-of-court settlement which was granted and the case was adjourned to Friday, November 5, 2021.

Police officer prosecuting, Inspector Abdullai Moro said the accused persons, on Thursday, October 7, 2021 at about 12:00hrs, at the forecourt of the Assin South District Assembly Office, slaughtered a ram, poured bottles of Schnapps and broke eggs to invoke curses on the officials, including the Central Regional Minister, Mrs Justina Marigold Assan.

READ ALSO:   March For Justice: 'It Was One Of The Most Useless Demonstrations The NDC Has Held' - Nana B Tells NDC

According to the Prosecutor, among the curses were that “the gods will deal with you and your children will be used to pacify the gods”.

It may be recalled that 15 aggrieved Assembly Members were denied their constitutional rights of taking part to confirm the District Chief Executive for the District, after they missed the date for the confirmation.

When they heard that the event was taking place without them, they besieged the forecourt of the Assin South District Assembly with bottles of schnapps, eggs, and slaughtered a ram and rained curses on the officials. 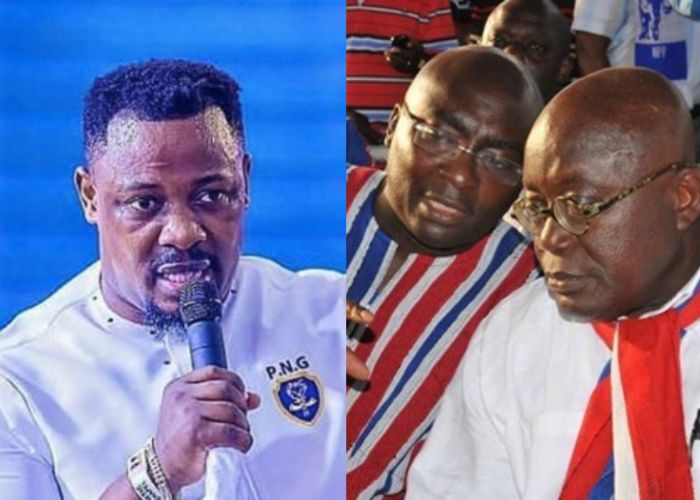 The General Overseer of Prophet Hill Chapel, Prophet Nigel Gaisie has prophesied that President Akufo-Addo will resign as President of Ghana and will be succeeded by his Vice, Mahamudu Bawumia but he will not maintain the seat of power beyond 2024.

Prophet Nigel Gaisie claimed he has seen the leadership of the country for the next 25 years and Dr. Bawumia is definitely not going to be part of it.

In a radio interview on Angel FM, Nigel Gaisie claims President Nana Addo Dankwa Akufo-Addo is being advised to step down at some point in his second term to allow Bawumia to finish the term as President.

He however insisted that Bawumia can never contest the election and win as President in the country.

READ ALSO:   Things Are Not Going To Change As We Expect Afari Gyan Cautions Youths

“A president in West Africa will resign before his time. It’s an Anglophone country. There is a greater agenda to make way for his successor. I don’t see Bawumia becoming president in the next 20 or 25 years. I saw him wearing President’s Akufo-Addo’s shoe so the likelihood is that President Akufo-Addo will resign for him to take over but it will not go beyond 2024. That one is established. I have seen our leadership for the next 25 years and Bawumia is not part.”

FACT CHECK: Did Prez Akufo-Addo Lie His Way To Gain Votes In The 2020 Elections? 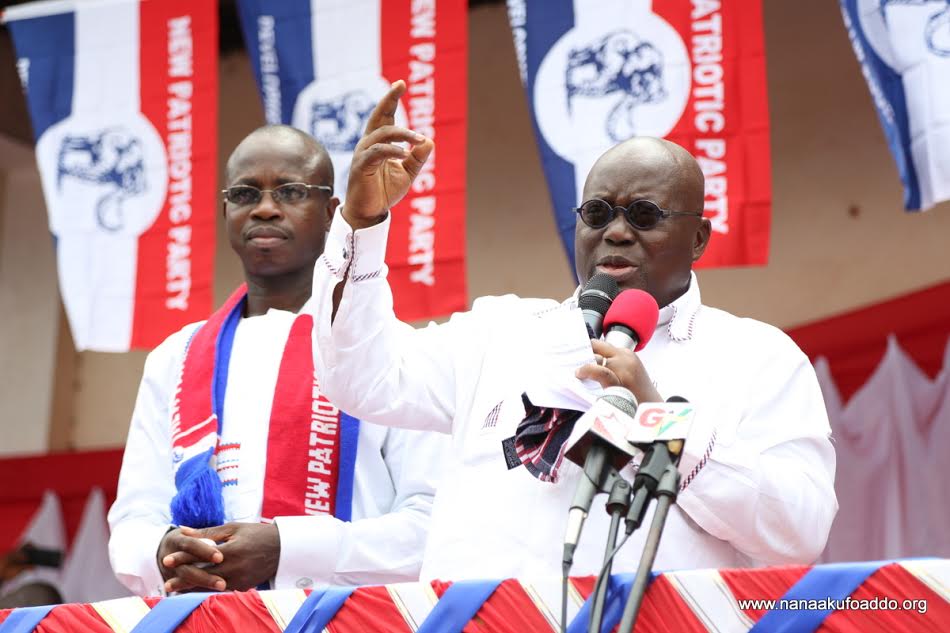 President Nana Akufo Addo has said on a Cape Coast-based radio station, Eagle FM, that he never promised to build a harbour in the Central Regional capital while campaigning in the run-up to the 2020 elections.

The facts, however, show the President’s claims are untrue.

President Akufo-Addo was speaking with Babara Obeng Dwamena Mensah on the ‘Kokroko’ Morning Show on Monday morning at the start of a two-day tour of the region.

When asked about the status of a promise to build an airport and a harbour in Cape Coast, the President said, “The commitment was never to (build) a harbour. It was to a landing site. It is very, very important. And you look into page 88 of the NPP manifesto for the 2020 election. It’s very clear”.

He then went on to list landing site projects that government had initiated in the Central region, going further to say that it was similar landing sites that the party promised to build in Cape Coast and not a harbour.

The facts do not support the statements made by the President. Page 160 of the 2020 manifesto of the New Patriotic Party indicates that the party- if it were to win the 2020 elections- was going to build a harbour in Cape Coast.

With regard to promises made in relation to Roads, Railways, Ports and Harbours, the NPP stated in the the document that: “Over the next four years, we will commence construction of…a new harbour in Cape Coast and a new airport in Cape Coast”.

The manifesto was launched on Saturday, August 22, 2020, at the University of Cape Coast, where the President made his comments.

The manifesto contains further promises in respect of railway lines.

The issue of a harbour and an airport in the Central Region has been topical in years past, especially because of the region’s tourism potential.

Commenting on the promise, the Vice President, Dr Mahmoudu Bawumia, who presented highlights of the 2020 manifesto of the NPP, said, “People of Cape Coast, I have good news for you. We are building a new harbour in Cape Coast and a new airport in Cape Coast.

“It is very critical that we do that. An airport makes a lot of sense in Cape Coast. It’s a real tourist hub, and between Greater Accra, Kumasi and Cape Coast, you have a triangle that really is a hub for a lot of economic activity…and it’s a major growth pole”.