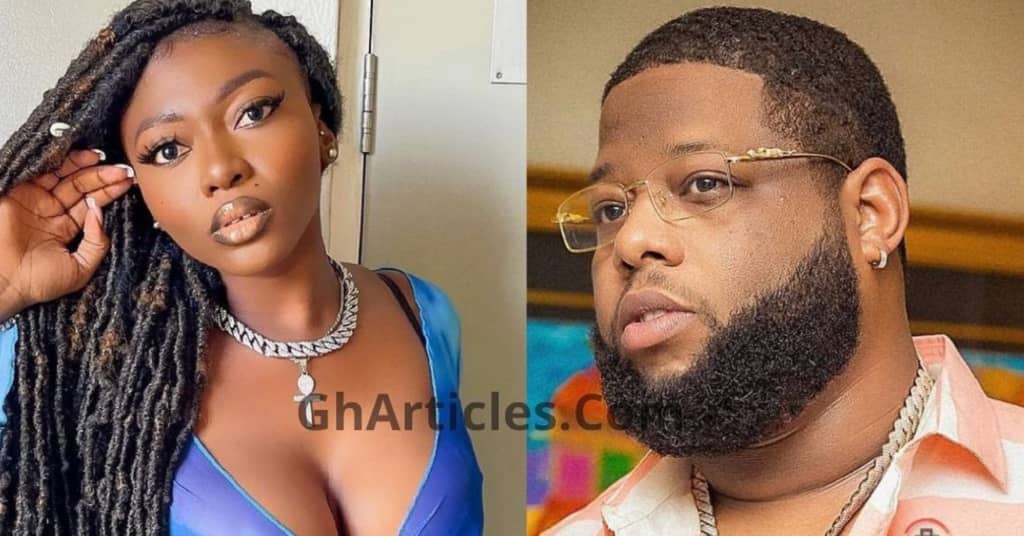 Black Avenue Musik record label signee, Sefa has said she would cry bitterly if her boss Desmond Blackmore, popularly known as D-Black should part ways with her.

The E Choke hitmaker made this statement during an interview with MC Yaa Yeboah on BRYT TV.

Speaking about her music career and narrating how she started singing in the villages.

Sefa revealed that God works in times and seasons and during the periods she used to perform some of her songs in the villages.

She realized that people really loved her songs but it wasn’t her time to breakthrough the music industry then.

The Fever crooner noted that she feels this is her time and moment that why she has attracted a lot attention of Ghanaian to herself.

MC Yaa Yeboah disclosed that she once told her boss D-Black to play a prank game on her, she told him to call her (Sefa) and terminates her contract.

However, D-Black refused and told MC Yaa Yeboah that her signee is an emotional person.

The Ghanaian singer admitted that D-Black told her about their conversation and she said she would go on national television and cry because she doesn’t want to part ways with him now.

” I am trying to build a brand and persona where I wouldn’t look like too vulnerable to people. So I wouldn’t to do things that will make attract eyes on me,” she said.

She admitted to be afraid of being trolled and mocked by Ghanaians should they see her cry on TV or anywhere.

THIS IS TRENDING:   The Revelation Church Refutes Claims Of Keeping Moesha Boduong's Properties

The two personalities kicked off their manager and artiste relationship in 2017 after the business mogul signed the ‘E Choke’ singer on his record label alongside several others.

And since then, they have not looked back.

Even though their working relationship has been rocked with dating rumours, D-Black and S3fa have always insisted that what they have is strictly business and have at all times been focused on making music.

P-Square Celebrates Birthday Together After Years Of ‘Beef’ [Video]

THIS IS TRENDING:   Should We Expect A Collabo Between Burna Boy And Black Sherif?

THIS IS TRENDING:   The Revelation Church Refutes Claims Of Keeping Moesha Boduong's Properties