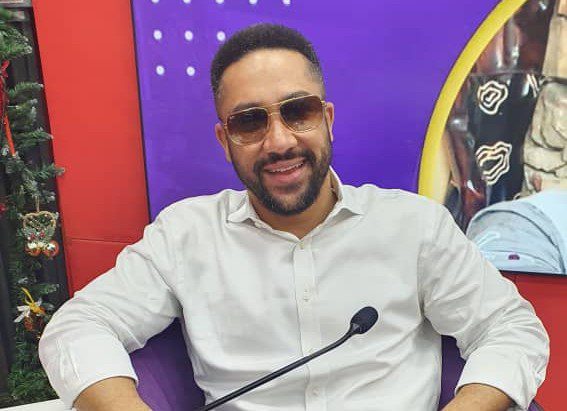 Renowned actor, Majid Michel, has revealed he experimented with drugs during his acting career before he found Christ.

He said even though he knew God, there were times he did not understand the sermons and the teachings he heard from the pastors.

Majid Majid added that he consumed narcotics until he chose to alter that life and accept being a staunch Christian.

“I used to go out to drink, go and booze, we go and smoke, get into fights on the streets. So I did some drugs; we tried something to see how it goes,” he disclosed.

Speaking on ‘The Reason is Jesus’ with Fiifi Forson on Joy FM, the actor-turned-evangelist advised young people to be conscious of persons they choose as friends as they wield power to mould their lives.

According to him, his circle of friends nearly wrecked him due to drug and alcohol addiction.

“Friends are critical. If you are a young guy, be careful in choosing them because your friends are very critical in your life.”

Majid Michel added that his interest currently lies in acquiring knowledge about the things of God and not acting.

He, however, reckoned that the acting interest can be regenerated if need be, but currently, he is focused on the things of God and how to acquire the knowledge he needs.

“After the movie ‘Somewhere in Africa’, I was introduced to the cast of ‘Think like a man’, Steve Harvey’s book in Los Angeles, because the movie was premiered in Los Angeles and the President of the Pam African Film Festival, was there. So when Sony Pictures was premiering the movie with Kevin Hart and Megan Good, I was there.

“Through that film, I got to meet all these people. I didn’t even take a picture with Kevin Hart. He wasn’t famous as at the time. Now I regret it. But I had a picture with Megan Good and the husband she recently split up with. I thought that was her bodyguard at the time.”

THIS IS TRENDING:   Adele Announces Delay Of Las Vegas Residency Due To “Delivery Delays” & “COVID”

“To me, it was where I wanted to be, and after that, an interest in me just left. The interest just left me like that. It doesn’t mean it won’t come back. I was probably drawn back into the wilderness a little bit to recharge on something and come back,” Majid recounted.

He says his experience in Christian Ministry has been something entirely new to him, and he’s always discovering something new about God.

Related Topics:ChurchDrugsfeaturedGhArticlesgharticles.comGodMajid Michel
Up Next

THIS IS TRENDING:   Fella Is A Strong Woman Ooo! – Fans Praise Actress For Her Courage While Watching Police Manhandle Medikal Like A ‘Criminal’ (Watch)