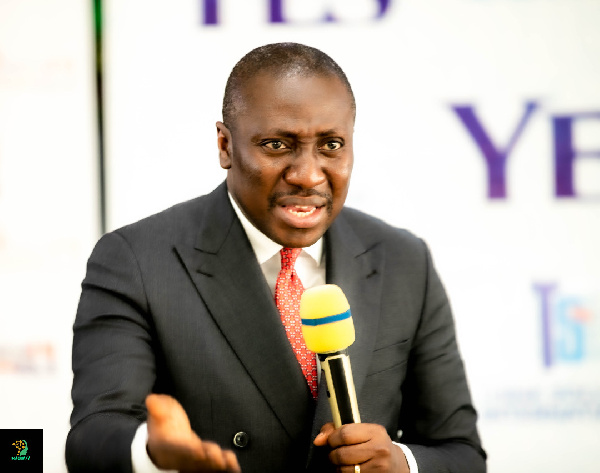 The Deputy Majority Leader in Parliament, Alexander Afenyo-Markin has disputed reports that the e-levy will aid Ghana to evacuate its citizens from Ukraine.

He said such reports attributed to him by various news portals are malicious.

I’ve never said that we need E-Levy to enable us to bring down Ghanaian students from Ukraine,” Afenyo-Markin said on The Asaase Breakfast Show on Friday (25 February).

“I just want to make it clear, those on social media, those who are following that news, I Kwamena Afenyo-Markin, I am careful with things I say in the public space. If I am not sure, I will not say them. If I am saying it too, I am sure I will defend what I am saying based on facts.

“I will never say that E-Levy is necessary or that we should bring in E-Levy so that we can get money to bring Ghanaians from Ukraine, but rather I had made a strong case for us to introduce the E-Levy, especially now that we have this crisis which will have effect on our economy, because obviously import will be affected, the export will be affected. The world economy will not be the same and Ghana is not outside of the world economy,” Afenyo-Markin clarified in conversation with Kwaku Nhyira-Addo.

He is quoted as saying: “As a businessman, I am worried. I am concerned knowing that the value chain is going to be affected, imports will cost, duties will cost and if you look at what is happening to the cedi, now the dollar is moving around a certain figure”.

He said “There is going to be pressure on the limited resources that we have. As a nation, Ghanaian businesses who are supposed to do well to pay taxes are going to suffer, their businesses will not do well the way they expect, their projections will be affected, that is the reality and I must bring this to the attention of all of us so that any policy that will be brought will be seen in that light.”

THIS IS TRENDING:   I Have An “Outstanding Track Record” Than Akufo-Addo - Ex-Prez Mahama

Government Won’t Struggle To Pay Salaries In The Next 3 Months – Dep. Finance Minister

THIS IS TRENDING:   I Don't Know John Dumelo- Napo

THIS IS TRENDING:   Stop Being Arrogant And Fix Poor Roads - Minority To Amoako-Atta