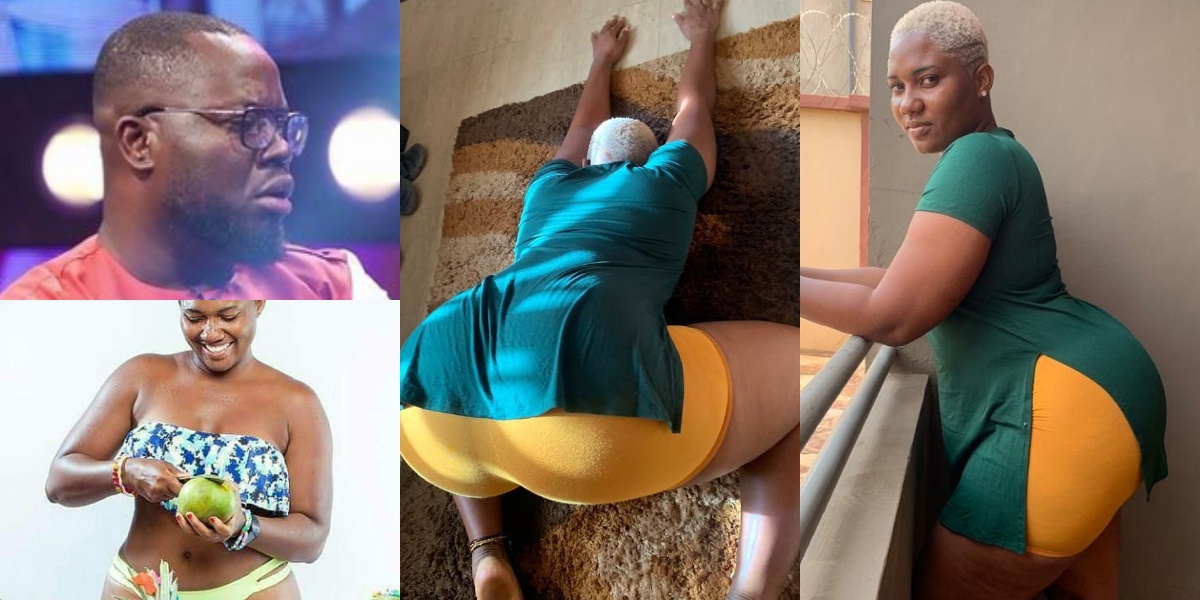 Social media influencer and mental health advocate, 32-year-old Abena Korkor, says she has gotten under the sheets with over 100 men in her life.

According to her, she doesn’t see it as shameful because had she been a man society wouldn’t perceive her in that light.

Talking about why she did that, the social media influencer said she wanted to get married and fall in love besides she had a vision where she thought these men would’ve helped her accomplish but it never happened.

I have slept with over 100 men at age 32. It’s not something that should be shameful. If a man has slept with over 1,000 women it’s not shameful why me? I had a vision. I wanted to get married and be in love. I won’t let someone break my heart and say all men are the same. I still want to be married and have kids. There is God’s will. A lot of women, when they see a rich man they want to get married but I am not like that.

When the host Jerry Justice asked her if she had had an abortion looking at the number of men she has had an encounter with, Abena Korkor said “yes”.

She explained that, she has vowed to never have kids for a man who wouldn’t want to be with her. She added that, her “friends with benefit” relationship with one man got her pregnant but she aborted the baby due to the status of the relationship.

I have had an abortion once. I was doing friends with benefit. And the man told me he wasn’t ready. I couldn’t be with a man who doesn’t love me and have a child for me.

The mental health advocate, however, believes in marriage and has opened up on finding a better man for herself unlike the traditional Ghanaian men.

According to her, sleeping with over 100 men doesn’t mean that she cannot find a better spouse to live the rest of her life with.

The man I want to marry and be the father of my kids, he sees beyond that. It’s a shallow way of thinking. There are females who have been abused by men and due to that you think they don’t deserve love and care?

I am not after the traditional Ghanaian man. They have so much ego and wouldn’t educate themselves and they limit themselves to societal norms. We want people from the diaspora to come home but we are not accepting change, if a woman speaks up, men feel intimidated why? She quizzed.

THIS IS TRENDING:   Efia Odo And Mum Cause Massive Reactions On Social Media In Latest Photo

THIS IS TRENDING:   Efia Odo And Mum Cause Massive Reactions On Social Media In Latest Photo

THIS IS TRENDING:   I Saw #TeamGhana Win The AFCON2021 Trophy - Kofi Kinaata