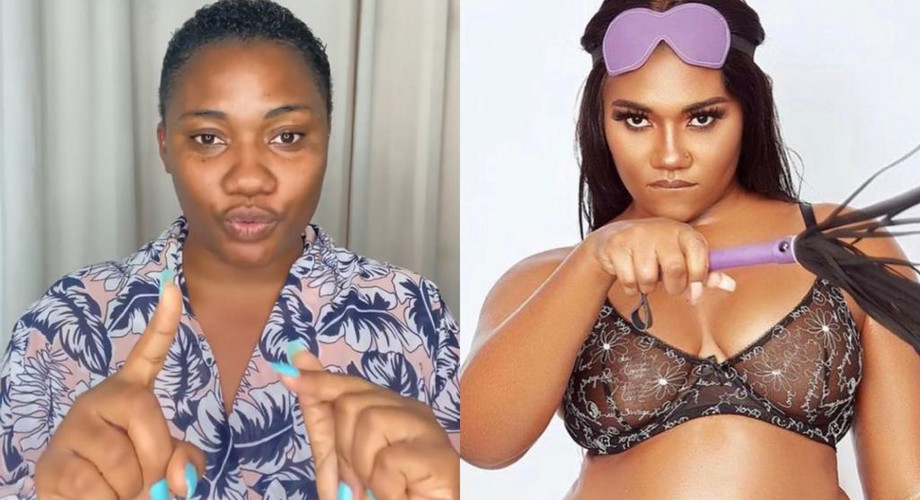 Controversial Ghanaian socialite and mental health advocate, Nana Abena Korkor Addo has revealed that she has not only slept with politicians, musicians and media personalities but national chiefs as well.

Speaking in an interview on Accra FM with Kwame Obeng Sarkodie Jnr, Abena Korkor threatened to drop another list of big men and chiefs who have had sexual relations with her.

The former UCC bad girl was back the gram to expose some big men she had slept with including NPP’s National Organizer, Sammy Awuku, former Black Stars player, Sammy Kuffour and Okay FM presenter, Abeiku Santana.

The former employee at TV3 made this shocking revelation on the evening of Saturday 29 January 2022 in the video she posted on Instagram.

In the video, she said she’s not having any relapse and that everything she’s saying is from her same self.

Speaking during the interview, Abena Korkor defended herself for exposing the men she had slept with and always trying to break marital homes.

She said just like media personalities are paid to sit on radios and TV stations to talk about people all the time, she has her social media pages to do the same.

According to her, when she has her manic episode which is also called racing thoughts, a lot of things come to her mind and she begins to say them whether good or bad.

THIS IS TRENDING:   “There Is No VIP Section In Jail, You See An Inmate Taking A Sh!t Right Before Your Eyes In The Same Room’ – Medikal

Abena Korkror said doesn’t target the big men when she is having her relapses starts exposing the people she had slept with but it is the bloggers and media that focus on the popular people.

The former TV3 presenter said she has never blackmailed anyone of her victims to pay her and she doesn’t also expose for them to chase clout.

She went to dare any politician who claims she has ever blackmailed him for money for sleeping with her.

Watch the full interview below;

Afia Schwar Gets New Job With Wontumi FM As Presenter; Fans Congratulate Her

THIS IS TRENDING:   'A Friend Gave Me Wee As Toffee' - Funny Face Tells Court

THIS IS TRENDING:   Akwaboah Declears - "I Am The Lighthouse Of Ghana Music"

THIS IS TRENDING:   I Thought About Killing My Father To ‘Avenge’ My Mother, Will Smith Shockingly Reveals