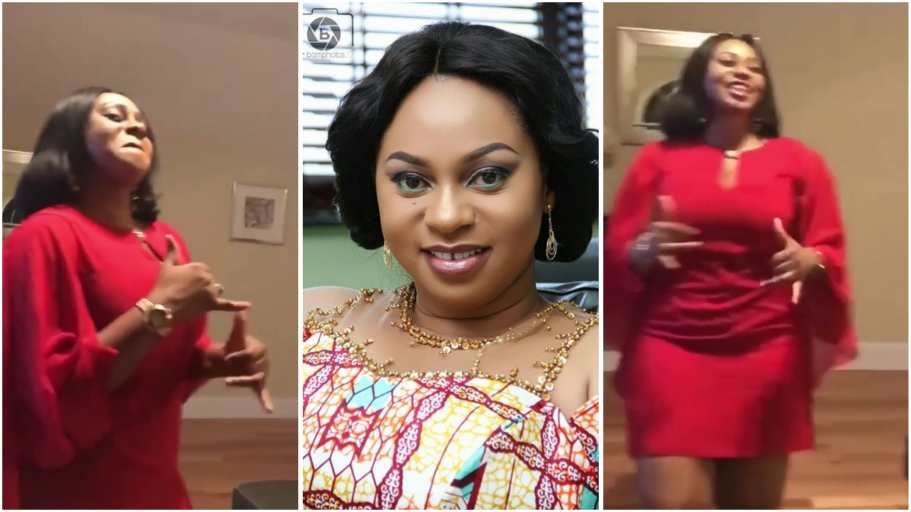 And as a result, she has been accused by Kennedy Agyapong of sabotaging the NPP party by her continued absence in Parliament knowing well the hung nature of the House requires all members to pass crucial motions especially E-levy.

Kennedy Agyapong who reportedly has two children with Adwoa Safo lambasted her on GTV Breakfast Show’s February 21, 2022 edition reiterating his view that she was by her continued absence sabotaging the party, choosing instead to dance on Tik Tok.

THIS IS TRENDING:   I Want To Give Him A Gift – Sarkodie Looks For 50-year-old Farmer Who Raps His Songs Flawlessly [Video]

“You don’t come to Parliament while dancing on Tik Tok… Apostle Kwadwo Safo, Dome Kwabenya is not for [your father],” he charged.

From checks , Adwoa Safo had a known Tik Tok account with the username [@sarahadwaosafo] which had over 12,000 followers with only three videos.

THIS IS TRENDING:   “Sammy Kuffuor Will Always Have Sekz With You And Send You Out Without Transportation” – Abena Korkor Reveals

All video embeds from that account are currently not functioning with the message: “Video currently unavailable.”

So, the FAQs is, has the Minister for Gender, Children, and Social Protection deleted her Tik Tok account following the backlashes from the camp of brutally honest Kennedy Agyapong.

THIS IS TRENDING:   Our Elders Should Learn To Respect Us And Let Us Live Our Lives – Shatta Wale Says After Begging