Dr Ayisi Addo stated at the seventh edition of the Stakeholder Engagement and Worker Appreciation Seminar” organised by the Tema Regional Office of the Ghana News Agency.

The GNA Tema Stakeholder Engagement is a platform rolled-out for state and non-state actors to address national issues and serves as a motivational mechanism to recognize the editorial contribution of reporters towards national development in general and growth and promotion of the Tema GNA as the industrial news hub.

Dr Ayisi Addo, said: “It is worse than Covid-19, but because the face of HIV has changed, we don’t see people who are mostly emaciated, so there is an assumption that HIV is no more.”

According to him, the 2020 HIV Estimates and Projections report by the Ghana AIDS Commission, revealed that some 5,200 new infections of HIV were recorded in children and adolescents out of a total population of about 19,000 in 2020 with 82 per cent being females.

He said new cases of HIV were also being recorded amongst persons 15-19 years, which meant that new infections were appearing in the younger age group, revealing that there was some interaction between younger people and older persons in terms of sexual engagements.

He said his outfit had observed that persons who were cohabiting had the highest prevalence of 3.5 per cent, while singles accounted for 3.1 per cent and married people 2.5 per cent.

The figure, he said, showed that being single had a high risk compared to cohabiting, though with a relatively lower prevalence because of its casual nature and coupled with the fact that people had multiple sexual partners making their risks of HIV infection even higher.

Dr. Ayisi Addo noted that the younger people continued to have some risk of HIV transmission despite the fact their prevalence compared to age 15-24 with a 1.1 percent prevalence, was lower than very old people with a prevalence rate of seven percent.

Also, he revealed that there was a surge in cases of HIV among pregnant women in the country attributable to the increased confidence in fertility among persons living with HIV.

According to him, Data analysis in the 2020 Sentinel Survey conducted showed that women who had been pregnant more than once had a higher prevalence compared to first pregnancies partly because of their confidence that they could have healthy babies.

The study, he said, further showed that among general Antenatal Care (ANC) clients, prevalence was two percent and among those with Sexually Transmitted Infections (STIs) such chlamydia, gonorrhea, syphilis among others was 10 per cent in 2020.

As a remedy to the increasing number of cases and accompanying deaths, he said: “The HIV prevention message has reduced a little and there’s need to reactivate it with enhanced education at all levels.”

He added that “it was becoming more subtle and dangerous because of the availability and usage of antiretroviral and indicated that because of stigma, some women preferred to be silent about their status, and even when they divulged it, it seemed unbelievable resulting in the increasing number of cases”. 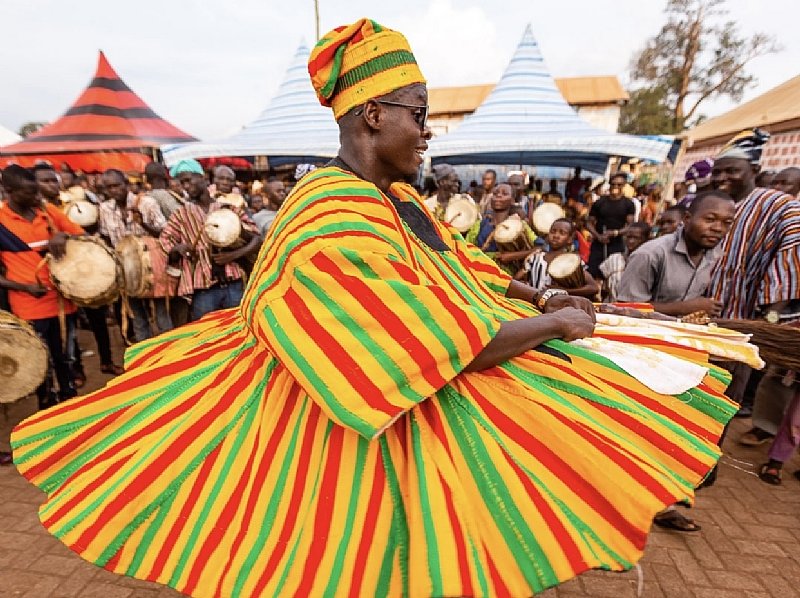 The Upper East Regional Co-ordinating Council has banned the wearing of smocks in Bawku township with immediate effect.

In a press statement signed by Regional Minister Stephen Yakubu, the Council indicated that the decision was taken after consultation with the Upper East Regional Security Council (REGSEC).

The imposition according to the release seeks to address the use of smocks by “criminals or unscrupulous elements to hide arms and ammunitions and attack opponents or innocent civilians.”

READ ALSO:   Man Snatches Wig And Slippers He Bought For Girlfriend After Catching Her With Another Man [WATCH]

Residents in Bawku are therefore urged to take note of the directive to be enforced by Municipal Security Committee (MUSEC) and comply until further notice.

Individuals who fail to heed the directive the Council noted “will be dealt with accordingly.” 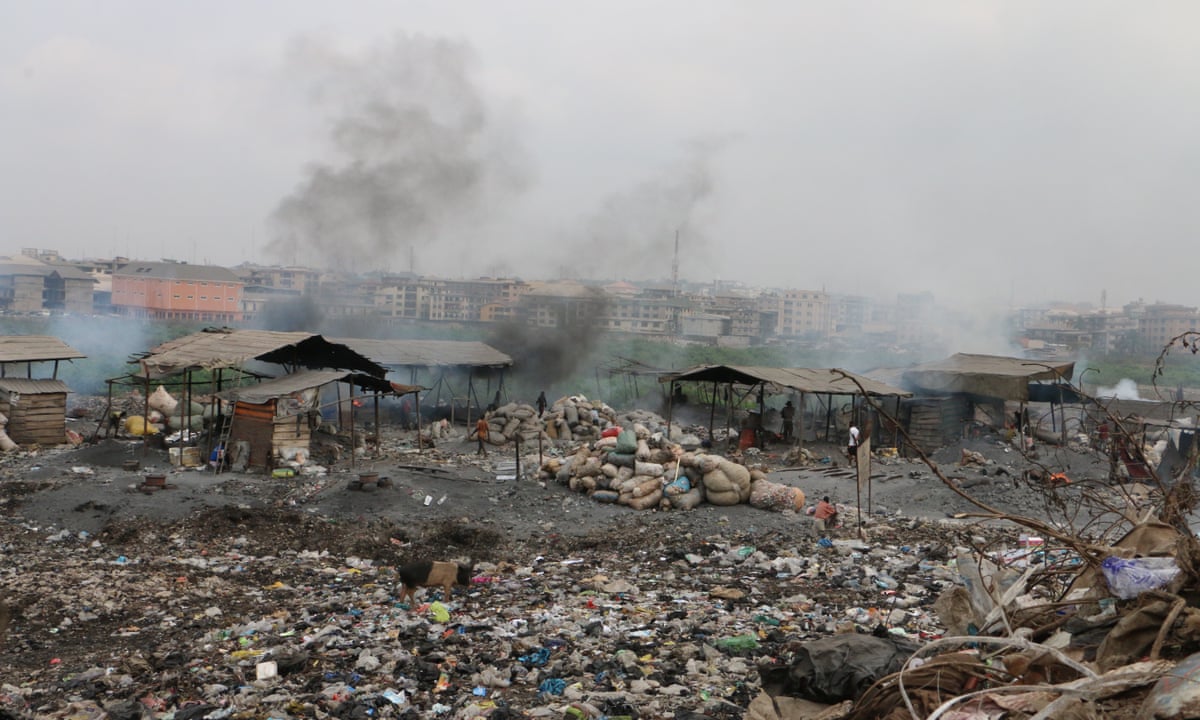 Accra is the 3rd most polluted city in Africa, according to the 2020 World Air Quality Report, published by Swiss firm, IQAir.

The Malian capital, Bamako, topped the list of most polluted African cities, with the air quality there considered “unhealthy for sensitive groups”.

Sebokeng in South Africa followed in the 2nd position.

The city of Vereeniging in South Africa is 4th, while Kampala in Uganda is 5th, followed by the South African cities of Soshanguve, Sasolburg, Pretoria, Springs, Midstream and Ga-Rankuwa and Johannesburg in 6th, 7th, 8th, 9th, 10th, 11th and 12th respectively. 11 South African cities were among the top 15 most polluted cities in West Africa.

Abidjan was ranked 13th most polluted city in Africa and 3rd in West Africa.

The report which excluded cities in Nigeria, however, did not measure the economic impact of pollution on the respective cities and countries.

According to the report, the severity of air pollution in Africa and its resulting health impact is difficult to quantify, as air quality data is limited.

For most regional locations, the report said insights must be inferred from satellite data. By this method, it is estimated that air pollution claims up to 780,000 African lives annually.

However, data in the region remains sparse.

South Africa is the only African country with a public, real-time governmental air quality monitoring network.

Data for every other country in the report is supplied by either U.S. State Department monitors or non-governmental monitors, contributed by individuals and organsations. 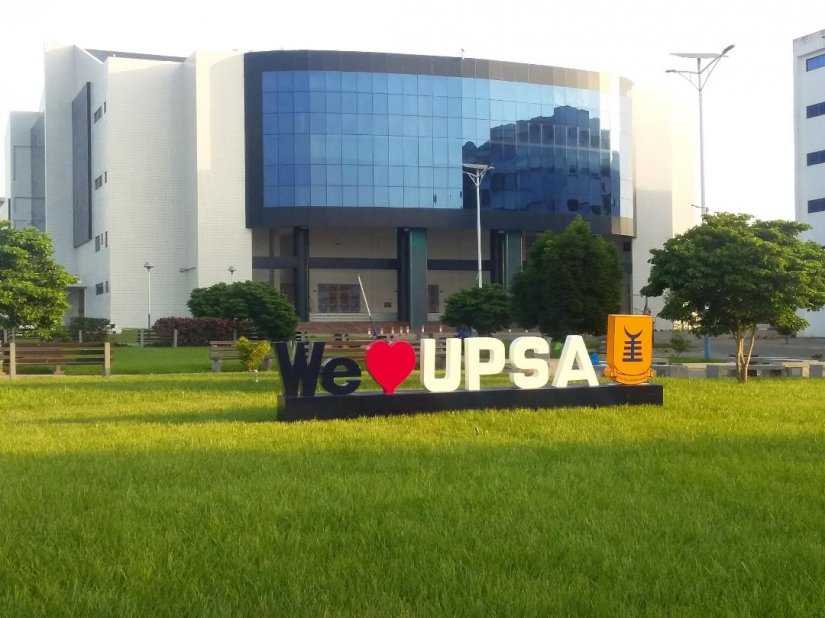 According to a statement by the institute, the said females fondled each other during their sexual escapade and engaged in some form of lesbianism.

“They have since been dismissed from UPSA Hostel awaiting further sanctions from Management,” part of the announcement read.

The management further announced that the notice should serve as a deterrent to all resident students.

The school also cautioned resident students to avoid harbouring “perchers” and accommodating visitors be beyond 10 pm.

“Desist from sexual misconduct and observe all other rules and regulations in the Hostel as well as the Student Handbook. Any student caught infringing any of the regulations will not be spared,” it warned.