A player’s abilities on the field, the level of football they are playing at, the club they are playing for, and their marketability in terms of jersey sales determine their weekly wages. Other factors that may increase their income include getting a bonus per goal, providing an assist, scoring a hattrick, keeping a clean sheet, and winning a trophy. The richest footballers in the world make their money both on and off the pitch through salaries and endorsements.

Although weekly wages are the primary source of wealth for footballers, many of them make money from endorsements and other business interests. Many also receive wages playing for their countries, although the amount is incomparable to how much they earn from clubs.

20 richest footballers in the world

Footballers’ salaries have been on the rise in the past few years. As the sport grows both in the fanbase and revenue collection, players‘ salaries are revised upwards. This is why modern footballers are wealthier than the greats who plied their trade a couple of years ago. So, who is the world’s richest football player? Here is the list of the top 20.

In the 2020 transfer window, Faiq joined the Portuguese club Maritimo on a free transfer on September 23rd 2020. Faiq captains the Brunei national team and has made five appearances for his country and scored one goal. 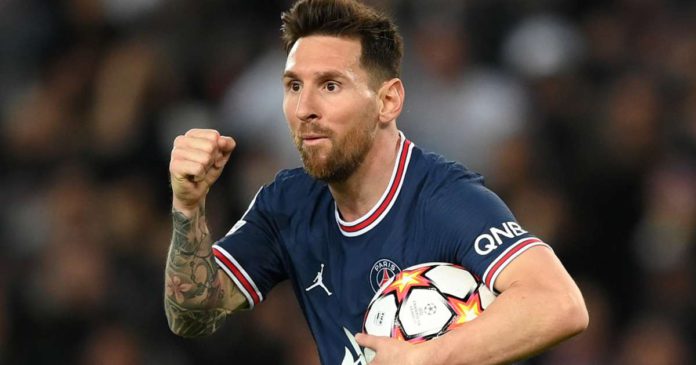 Lionel Messi is among the rich players in the world. Messi’s net worth is estimated to stand at $600 million as of 2021 with a salary of $75 million.

David is among the world richest players with a net worth of $450 million. His career lasted for 20 years, within which he won 19 significant trophies. David Beckham is the first English footballer to obtain league titles in 4 countries; England, the United States, Spain, and France.

Apart from being an incredible midfielder, Beckham is known for his modelling endorsements with companies like Calvin Klein and Adidas, participation in advertising campaigns, his fragrance, and many other projects outside soccer.

Even though Dave Whelan retired many years ago, he is still the richest soccer player in the world. He ended his career as a player and concentrated on club ownership and his chain of supermarkets.

Due to his business and talent, he has acquired a considerable fortune that he enjoys now as one of the richest footballers. Dave played for Blackburn Rovers and Crewe Alexandra. His net worth is $210 million.

Neymar is one of the wealthiest football players with a net worth $200 million. In 2017, he signed a 5-year contract with Paris Saint-Germain worth $350 million in salary after the French club had paid $246 million to buy him from Barcelona.

The Brazilian international made $95.5 million in earnings in 2020. Of this income, $70.5 million came from his salary and $25 million from endorsements.

Zlatan Ibrahimovic has been a professional footballer at the highest level of the game. He has played for various top clubs across Europe, including Ajax, Barcelona, PSG, Manchester United, Inter Milan, and AC Milan.

Throughout his career, Zlatan has won over 30 trophies and earned millions in wages. He is among the wealthiest footballers in the world. Zlatan Ibrahimovic’s net worth stands at $190 million as of 2021.

Wayne Rooney has a net worth of $170 million, which has mostly come from the salaries he has earned while playing for various clubs in England and the USA. In 2018, he ranked at number 58 among the world’s highest-paid athletes by Forbes with earnings of $27 million. Although football earnings are his primary source of wealth, he has endorsement deals with different companies.

Gareth Bale has a contract with Real Madrid FC that ends in June 2022 worth $33 million in bonuses and salary. In 2020, Forbes ranked him at number 73 in the world’s highest-paid athletes with annual earnings of $25.2 million. The amount included $19.7 million in salaries and $5.5 million in endorsements, which has contributed to his net worth of $145 million.

Alexandre Pato began his career at the age of 16, and Sports Club Internacional later signed him up to compete for the Campeonato Brasileiro Sub 20. In 2006, Pato led the team to win the FIFA Club World Cup. As of 2021, Alexandre Pato’s net worth is estimated to be $145 million giving him a place on the list of richest footballers in the world.

Thierry Henry is a retired professional French footballer. During his time on the pitch, he was considered the best striker in the Premier League. He has an estimated net worth of $130 million with a base salary of $5 million.

At his peak, Thierry was considered one of the most marketable athletes in the world. He supplemented his footballing salaries with several notable brand endorsements, most notably with Nike.

Paul Pogba joined Manchester United in 2016 in a record-breaking transfer fee of $120 million. He signed a 5-year contract worth $20 million per year. The French international made $28.5 million in 2020, with $23 million from salaries and $5.5 million from endorsements. His net worth is $125 million.

Andres is one of the richest football players. Spending most of his career in Barcelona, Iniesta earned a weekly salary of $240,000 per week, around $11.5 million per year. He has an estimated net worth of $120 million as of 2021.

When he left Barcelona to join Visel Kobe, Iniesta started making a weekly salary worth over $600,000, pushing his net worth high to become one of the richest footballers in the world in 2021.

Iniesta also has some fabulous endorsement deals, including UFX.com, Nissan, and Nike, for which he reportedly earns around $5 million per year. Iniesta also has the highest share of $400,000 in Albacete Football Club, a football club in Spain.

Zinedine Zidane is a French retired professional soccer player and coach. He is a legendary figure within the footballing world. After retiring from competitive play, Zidane reemerged as a talented manager, winning many trophies and titles with his former club Real Madrid. He earns an annual base salary of $14 million and has an estimated net worth of $120 million.

Mesut Ozil signed a contract with Arsenal FC that would keep him at the London club until 2021. In return for his services, he has been receiving $24 million annually. His net worth of $120 million has also come from endorsements and business interests. He founded M10 eSports in 2018, an eSports team that competes in Fortnite and EA Sports FIFA competitions.

José Mourinho is a Portuguese professional football coach and former player. He recently served as manager of English club Manchester United. As a manager, Mourinho has won 25 major honours, making him one of the most successful managers of all time.

As of 2021, Jose Mourinho’s net worth is estimated to be roughly $120 million and a salary of $27 million. He is widely known for his unique approach to football, which includes mixing both coaching theory and motivational techniques.

Eden Hazard joined Real Madrid on 1 June 2019 at a fee of $126.50 million. He signed a 5-year contract with the Los Blancos to keep him at the club until 2024. Hazard is one of the highest-paid footballers in Real Madrid with weekly earnings of $250,000 after taxes, with bonuses added on top of his base wage. That amount has contributed significantly to his net worth of $100 million.

Pele is also the only soccer player ever to win three FIFA World Cups. His homeland, Brazil, honours him as a national hero for his outstanding achievements. Queen Elizabeth II also praised the man’s accomplishments by granting him a knighthood. He has an estimated net worth of $100 million as of 2021.

He was the captain of Bayern Munich, leading them to numerous honours, including the 2013 UEFA Champions League as part of the Treble. His net worth is estimated to be around $100 million and a salary of $14 million as of 2021.

Raúl González Blanco is a Spanish former professional soccer player who has a net worth of $100 million. He was a striker who played his youth career for San Cristobal, Atletico Madrid, and Real Madrid.

The above is a list of the richest footballers in the world. Although the primary source of income for the wealthiest soccer players is wages from clubs, a majority make more money from endorsement deals and business interests.

According to a Ghanaian list, Michael Essien is the richest Ghanaian footballer with a net worth of $35 million. Others include Asamoah Gyan who has a net worth of $23 million and Andre Ayew who is worth $20 million.

THIS IS TRENDING:   Samuel Eto'o Voted President Of Cameroon FA