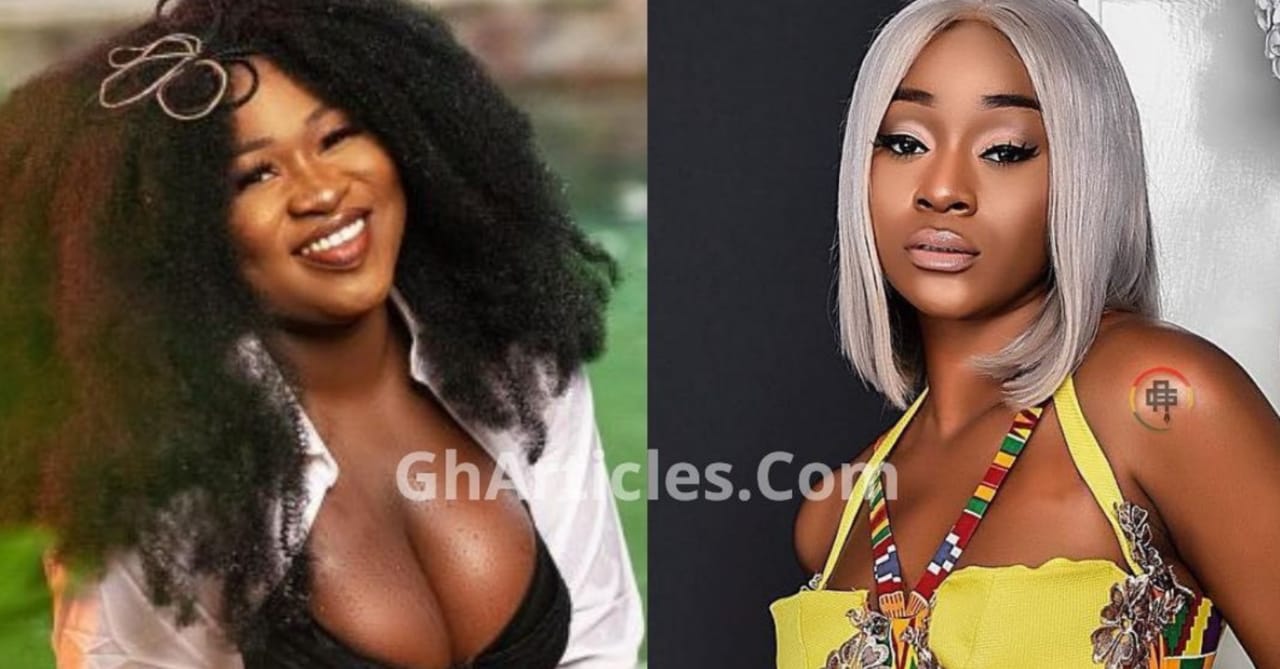 Ghanaian singer, Sista Afia has made a hilarious comments about Efia Odo’s small boobs during her interview on Okay FM.

The Slay Queens crooner’s comment comes after the latter hinted on the singer going under knife to get her new banging body.

After a wild goose chase between the two on the show, both ladies manned up and apologized to each other on national television.

As slick as the actress is, Efia Odo apologized in a very interesting manner. The Instagram sensation did not go straight to saying ‘sorry’ but gave the viewers a hint that the ‘Krokro no’ hitmaker has gone under the knife.

THIS IS TRENDING:   Some of the Funniest Reactions To Davido's Mega Birthday Fundraiser

She said “your new body looks great” and Sista Afia who is yet to officially announce the acquisition of a new body simply replied, “thank you”.

The statement has raised a lot of reactions from fans who are demanding a response from the singer.

Speaking on Ekwanso Dwoodwoo with Abeiku Santana, the female musician noted that she has never fought over a guy before in her life and she will never fight over Shatta Wale with the popular video vixen.

According to her, she doesn’t have any good relatiosnhip with Shatta Wale but flows very with Medikal.

THIS IS TRENDING:   'Moesha Would Never Ask You For Forgiveness' Afia Schwar Blast Salma Over Leaked Audio With Moesha's PA (Watch)

However, she posted #FreeShattaWale on her social media handles to support the dancehall singer but didn’t do same for Medikal.

According to her, she didn’t post #FreeMedikal not because of their difference but she felt their personal issues is not for social media.

Commenting on what Efia Odo said about her new body, she said the actress’ breasts are also firm.

I Don’t Believe Drinking Alcohol Is A Sin, But…… – Nana Ama McBrown [+Video]

THIS IS TRENDING:   Video Drops As Moesha Boduong Is Spotted In High Spirit; Fans React

THIS IS TRENDING:   Some of the Funniest Reactions To Davido's Mega Birthday Fundraiser