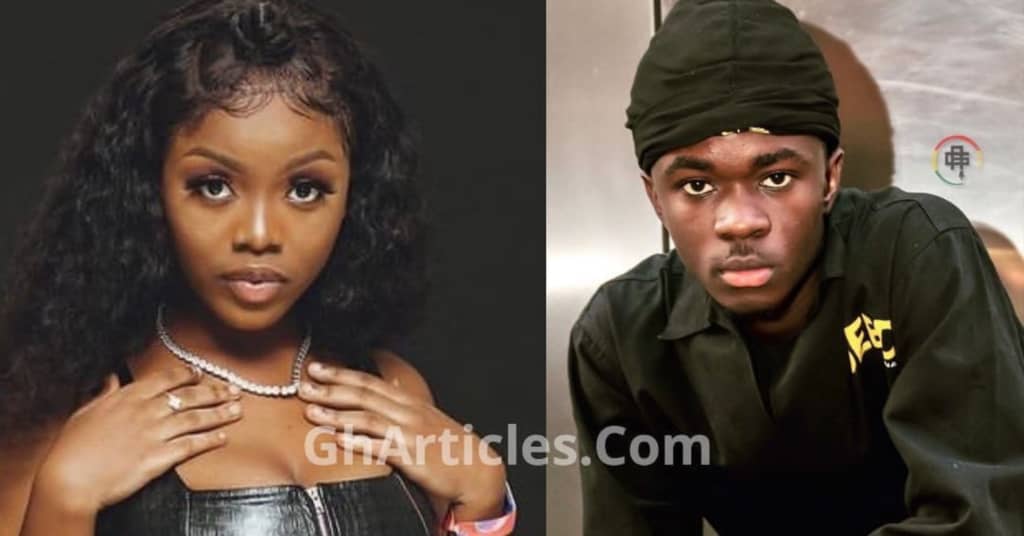 The short ‘beef’ between fast rising Ghanaian musicians, Gyakie and Yaw Tog looks have to come to the cross road as they were seen hugging each other in a new video.

The Forever crooner and the Sore hitmaker have been trending on social media after a video in which Gyakie snubbed Yaw Tog after she greeted and hugged Kofi Jamar.

The viral video sparked rumours that there was a beef between the Kumerican stars.

Following that Kofi Jamar who witnessed that incident debunked that the music stars were beefing.

According to him, Gyakie and Yaw Tog had already met and greet each other before she hugged him.

Yesterday, Gyakie finally broke her silence over the alleged beef between her and Young Bull.

Her tweet suggested that it was Ghanaians who were giving wrong interpretation about the whole video.

Today, GhArticles.com have seen another viral video both stars exchanging pleasantries and crowned it with a warm hug at a party.

Swipe to watch the video below

As usual Ghanaian on social media took to Twitter to react to the new video which is spreading like a wildfire online.

THIS IS TRENDING:   While One Is Promoting The Industry, The Other Is Showing 'B0rtos' - Baba Sadiq Shades Shatta Wale In New Post

There’s no way Gyakie will tell me she didn’t see Yaw Tog greeting that lady. How busy are u to the extent that YT has to touch u before u rec he’s greeting u? Lol there’s something we don’t know.
pic.twitter.com/AlX7OGxB9n

Yaw Tog be hard guy, he finally got what he wanted, see how he make happy. 😂😂😂😂😍 pic.twitter.com/HNC68gzZsC

7am and your only worry in life is Gyakie not greeting Yaw Tog https://t.co/y1k8uZCCW9

Earlier on GhArticles.com reported on a viral video we sighted on social media which had the two Kumerican musicians snubbing each other at a meeting.

In the video, Gyakie greeted and hugged Kofi Jamar who was sitting beside Yaw Tog.

THIS IS TRENDING:   If I Love You No Mean Say I Fool- Shatta Wale Shades Michy As He Thanks Elfreda For Loving Him

Following, Kofi Jamar has given account of what happened when they met in Nigerian for discussions.

And finally, Gyakie herself has broken silence over the viral video of her snubbing Yaw Tog.

The You Need Me crooner latest tweet sighted on Twitter shows nothing went wrong when she met the Fake Ex hitmaker in Nigeria.

Although, she didn’t give much details of what really happened, her post indicates she and young bull are not beefing as it is widely speculated.

THIS IS TRENDING:   Cardi B Slams Troll Claiming Rapper Offset Is Not a Breadwinner in Her Marriage