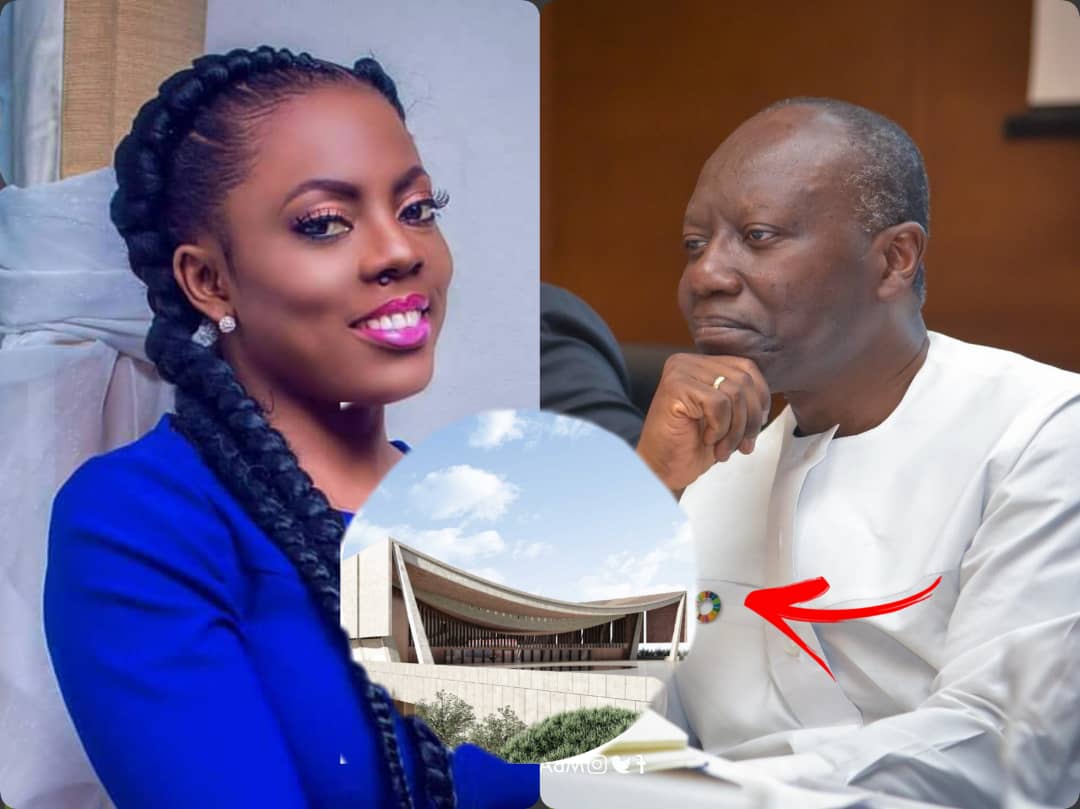 During his presentation, Ken Ofori-Atta revealed that an initiative dubbed “100-cedis-a-month club” will be launched on August 12, to enable Ghanaians contribute to the construction of the National Cathedral.

This initiative from the government has generated mixed reactions from Ghanaians on social media.

Nana Aba Anamoah reacting to the appeal from the Finance Minister took to Twitter to say;

According to Nana Aba Anamoah, the money requested by the government to be donated every month by Ghanaians is someone’s monthly income.

See some of the reactions below;

The thing is, no country or donor partners will loan or fund this project. They give loans to projects which will provide basic social amenities. Basic social amenities has become a luxury and a government thinks it is wise to ask its citizens to fund a cathedral.

Turkey help build the National mosque. If I’m wrong 😊. There are still Islam dominated countries but there is no more “Christian country”.

We had workshop today concerning SSNIT and Pensions. The Speaker (from SNNIT) indicated that she encountered some group of employees who received just Ghc 180.00 as monthly salary. Since 2010 they've not received a salary increase. I really felt soo sad when I heard it.

Sad, but their SSNIT is not paid using GH180.00. That's the point where SSNIT also cheat employers.

This government does not even mercy for the blind and cripples in this country herh ….. whole of this year haven’t touch or seen 1000ghc

Tell me u joking pls

That's just $17 dollars right? Omg how can such amount be someone salary 🤦

Ghanaians who wish to support the noble cause can do so by dialing the short code *979# and following the necessary steps.

Minister, disclosed that the ongoing National Cathedral project will be opened to the general public on Wednesday, March 6, 2024.