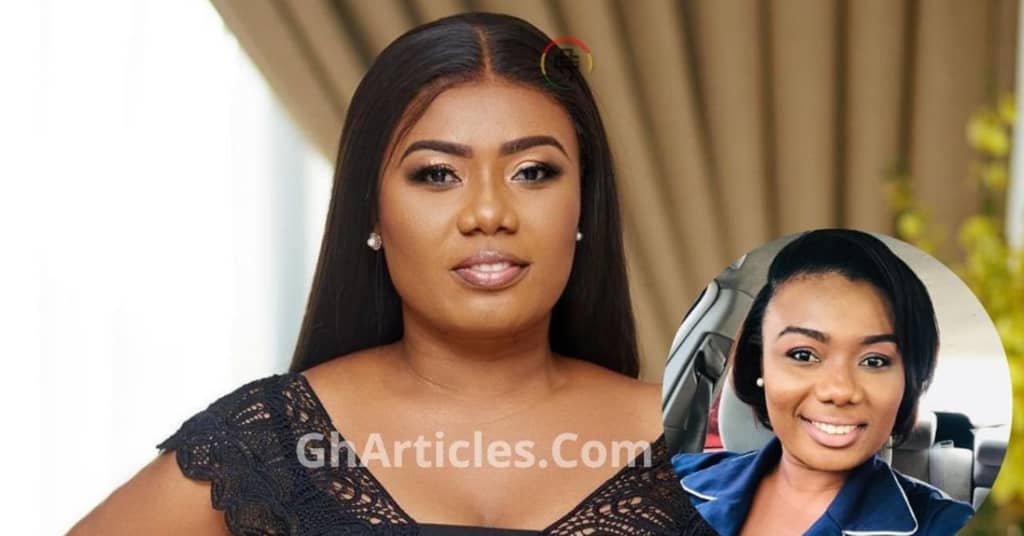 Ghanaian Journalist and television personality, Bridget Otoo, has listed the things she is looking out for in the man she will marry.

Bridget forms part of the tall list of trolled Ghana female celebrities who are trolled for being single despite their fame.

The opinionated personality took to Twitter to disclose intentions to finally settle down but that will only happen if she finds the man of her dreams.

Describing the man of her dreams, Bridget Otoo said the potential suitor must be willing to cook and clean the house 24 hours a day.

Bridget Otoo said in a hilarious tweet that she will immediately marry that Ghanaian man who can do all these things without questioning.

She wrote in her tweet, “I’m looking for a Ghanaian man, marriageable material who can cook and clean 24/7 to marry”.

Some of her fans online offered themselves for the tasks but asked what they will gain in return while others just called her lazy and said her assertion might be the reason why she has stayed unmarried for long.

Adina Is Not Pregnant – Video Pops Up Explaining Singer’s Bump

The Fans Are Not Stupid, They See Everything – DKB Shades Sarkodie Over Tweet Following Commercial Drivers Sit-Down Strike

READ ALSO:   Captain Smart Finally Reveals Who Nana Akufo-Addo Has Chosen To Be NPP Flagbearer In 2024