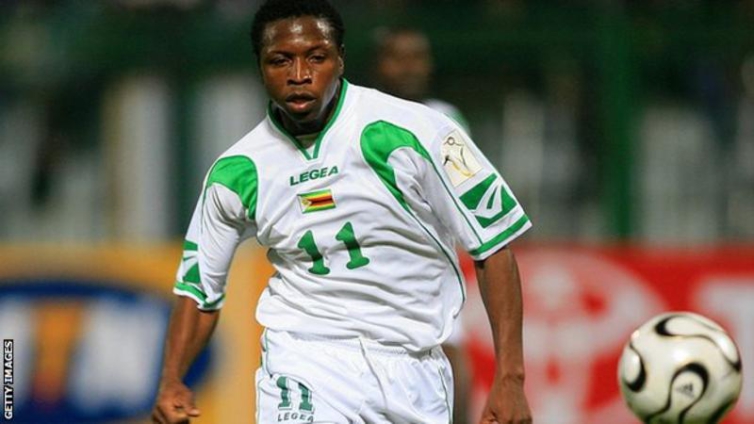 Former Zimbabwe footballer, Charles Yohane has died in South Africa at the age of 48 in an apparent car-jacking incident.

Defender Charles Yohane was in the Warriors’ squad for their debut appearance at the Africa Cup of Nations in 2004.

Following retirement from playing he had been working in Johannesburg as a football coach and a taxi driver.

His body was found in Soweto on Monday, though it is believed he died on Saturday night.

“He was hijacked, they took his car and shot him in the head,” his brother Lewis told BBC Sport.

Yohane moved from Zimbabwe to South Africa in 1996 and played for top-flight side Wits, becoming captain and making a club record 268 appearances from 1997 to 2006.

THIS IS TRENDING:   Carabao Cup Fourth Round Draw Announced

He later became coach of the Wits’ developmental side, but was released from his job when the club sold its franchise to Tshakhuma Tsha Madzivhandila in 2020.

Yohane played for Zimbabwe 23 times, quickly establishing himself as his country’s first-choice left-back in 1996, when he was playing for Harare side CAPS United.

His good friend Innocent Chikoya played with him at Fire Batteries FC and they moved together to African Wanderers in South Africa, with Yohane returning briefly to Zimbabwe in 1996 for his stint with Caps United.

“He wasn’t a friend, he was a brother, and we have lost him in bad circumstances,” Chikoya told BBC Sport.

“He was clever, an intelligent footballer, he had ways of getting things done. He was a leader, disciplined and dedicated.

THIS IS TRENDING:   Euro 2020: Italy Triumphs England Over 3:2 Penalty Win

“I will be collecting his body from the funeral parlour on Thursday and will be taking him home.”

Another South Africa-based Zimbabwean, Edelbert Dinha, was in the Zimbabwe squad at the 2006 Nations Cup and was close to Yohane.

“We tried calling him from Saturday up to Monday, and we couldn’t reach him,” Dinha told BBC Sport. “Then I went to the police station.

“Charles was a quiet person, always smiling, he never argued with anyone. He was coaching Leruma United FC in the ABC Motsepe League.”

THIS IS TRENDING:   PL: Tottenham Beat Man City As Son Scores A Cracker