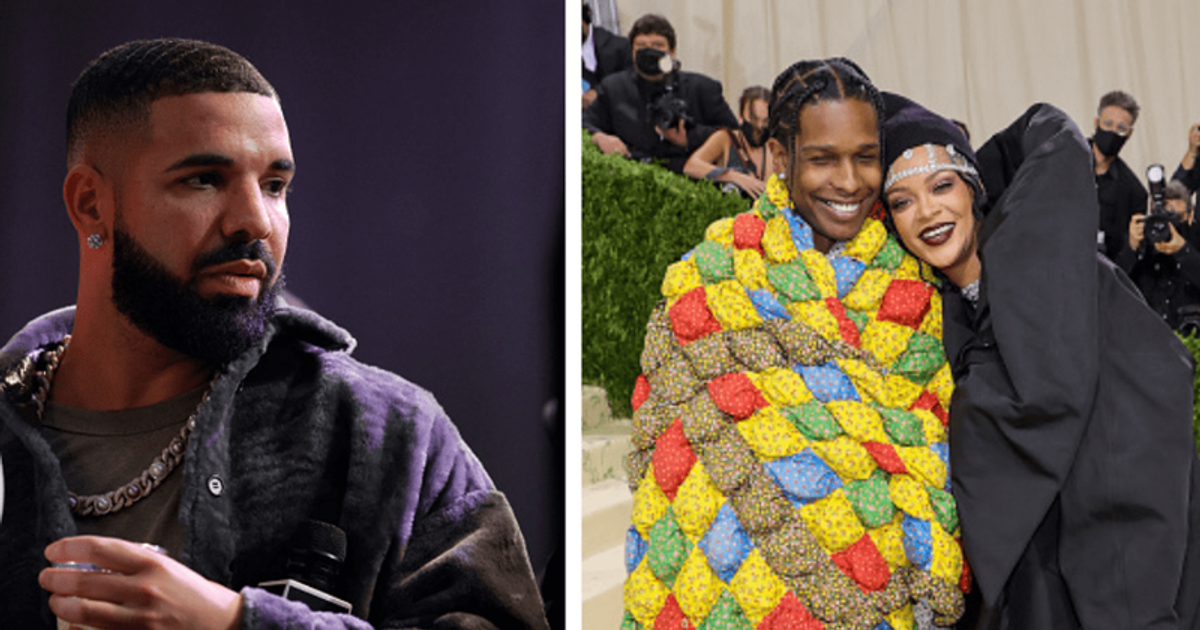 Rapper Drake unfollowed Rihanna and ASAP Rocky a day after their pregnancy announcement on social media.

Rihanna and Rocky, who started dating in 2020 after years as friends, confirmed they were expecting their first baby together on January 31, 2022, after the “Umbrella” singer was photographed in the Harlem neighbourhood of New York City with a massive baby bump.

In the photos, Rihanna was seen in light-blue jeans and a long, pink puffer coat that was unbuttoned at the bottom, so she could show off her growing baby bump, which was covered in a gold cross and colourful jewels.

Rocky, for his part, wore a black beanie, a denim jacket and leather as he gave Rihanna a kiss on the forehead and held her hand.

A day after the announcement, however, Drake seemed to have unfollowed both Rihanna and Rocky, according to Twitter news account @PopTingzz.

Rihanna Shares First Post About Her Pregnancy On Social media