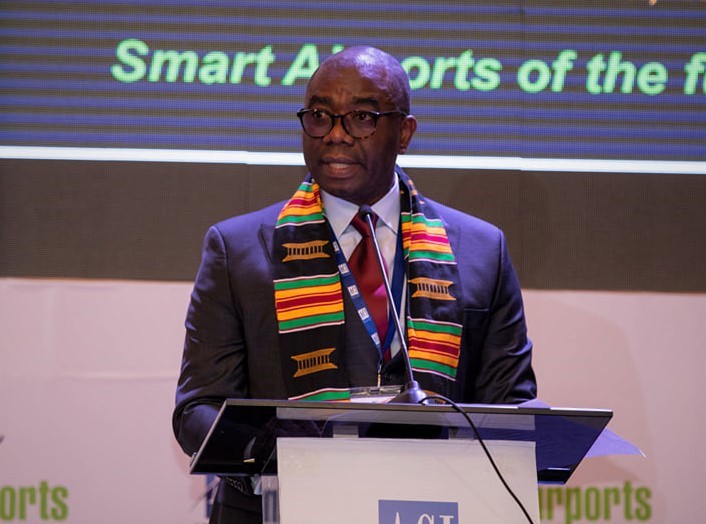 Kwaku Ofori Asiamah added, “in this regard, kindly take the necessary steps to give effect to the directive. I count on your cooperation.”

It is unclear why Mr Kwakwa was sacked but in the last few weeks, the Airport Company and newly established private jet company operated by McDan Aviation have been involved in a public back and forth.

On January 1, the GACL ordered the newly launched McDan Aviation to suspend the use of the Kotoka International Airport (KIA) until further notice.

In a letter signed on January 31, by then Managing Director of the Company, Yaw Kwakwa, he referenced a notice to the company to suspend its inauguration of the Private Jet Terminal last Friday, which was not adhered to.

Consequently, he said, “We note with concern your failure to comply with the directive despite the outstanding issues on the prior terms and conditions for the use and operations of Terminal 1 as a Private Jet Terminal.

“Management has consequently directed the suspension of your use of Terminal 1 until further notice.”

The CEO of McDan Aviation was “requested to relinquish the keys to enable Management to undertake a Joint Inventory by close of business day, Monday, January 31.”

THIS IS TRENDING:   'Reinstate Allotey Jacobs In 48 Hours Or Face Our Wrath'- NDC Youth Warns

The Company has accused McDan Aviation of breaching the laid down procedure after procuring its license to operate in 2019.

It raised concerns in a letter last Friday, January 28, the scheduled date for the McDan Group of Companies’ Private Jet Service launch at KIA Terminal 1 in Accra.

Despite a GACL directive to call off the event, the company went ahead to hold the ceremony last Friday. It was, however, boycotted by GACL leadership.

THIS IS TRENDING:   'Reinstate Allotey Jacobs In 48 Hours Or Face Our Wrath'- NDC Youth Warns

THIS IS TRENDING:   Nutrifoods: New Design Launched For Perk