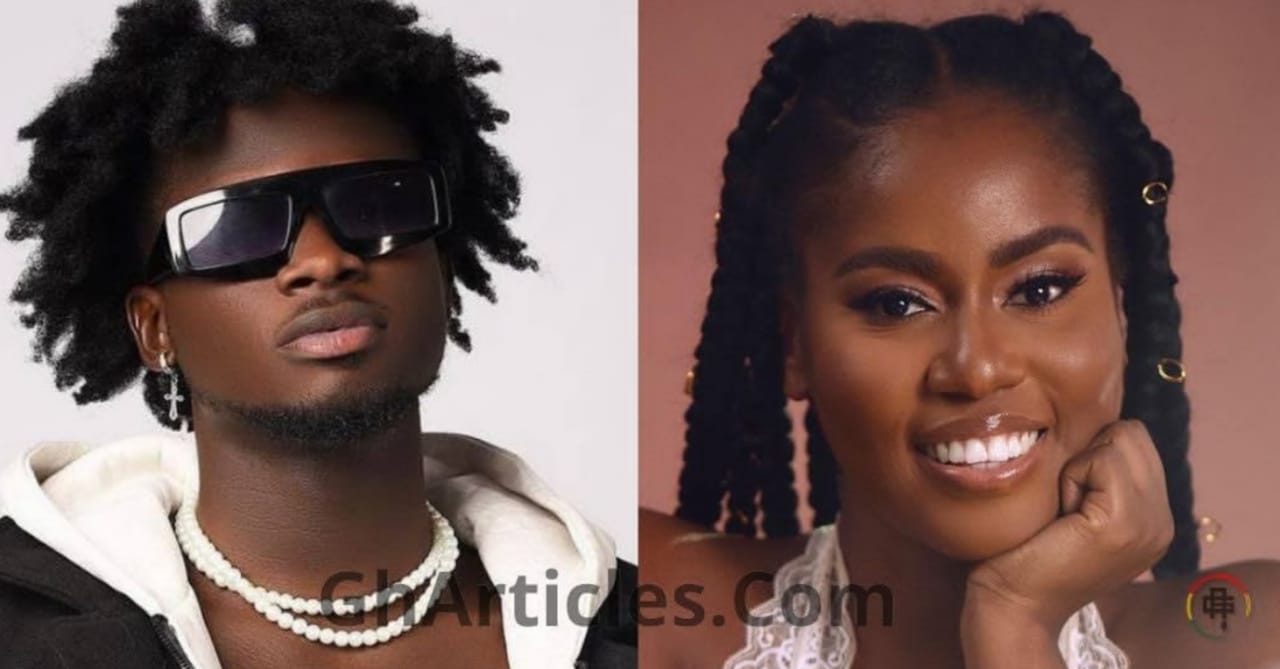 Kuami Eugene has implored his former record label teammate, MzVee, to not forget how he helped push her music career.

He mentioned that he was the ghostwriter behind most of her hit songs.

When MzVee left Lynx Entertainment, the talk on the streets pointed to some rivalry with Kuami Eugene. Now a revelation that seems to support these rumours has come to light.

MzVee, in an interview with ZionFelix, mentioned that it was disrespectful to compare her with Kumai Eugene because he is being spoon-fed. Unlike her, who has solely pushed her career to its heights.

In response, Kuami Eugene was dismayed that MzVee did/does not appreciate all that he has done for her.

“I thought she is saying it would be a disrespect to compare because she started this thing way before I started, that’s right. And so, if you compare MzVee to me in that way, it is disrespectful. So I wish people won’t compare how big she is or how big I am.

“But then again, if she says it’s disrespectful because she had everything on her own aaa… I wrote most of her songs, so I don’t think it is disrespectful. I wrote ‘Come and See My Mother’. I wrote ‘Daavi’. I wrote ‘I don’t Know’. So she really doesn’t do everything for herself.”

According to Kuami Eugene, he did not charge MzVee for any of his services. He also explained that he is not asking her to feel indebted to him, but showing a little gratitude would go a long way.

“I mean, I have helped. So I am just hoping she appreciates that rather than making it look like I have never done anything for her. Because I didn’t take even a cedi for everything I did for her.

THIS IS TRENDING:   Kaninja Slept With Me Less Than 20 Times In Our Marriage- Xandy Kamel Blows Fuse

THIS IS TRENDING:   Excitement As Black Sherif Storms Hometown