The Vice President, Dr Mahamudu Bawumia, on Thursday, June 10, 2021, commissioned an ultra-modern astroturf at Adjiringanor in the Adentan Municipality of the Greater Accra Region.

The commissioning of the latest astroturf brings to about 50 the number of green turfs the Akufo-Addo government has constructed in various communities in the country.

Speaking at the commissioning, Vice President Bawumia said the impressive development, represented a clear departure of the situation prior to the New Patriotic Party assuming office in 2017.

“The commissioning of this edifice adds to the remarkable number of modern astroturfs the government of President Nana Addo Dankwa Akufo-Addo has built in various communities across the country in the past four years in fulfilment of the promise to bring modern sports infrastructure to the community, regional and national levels,” Dr Bawumia said.

“So far, over 50 astroturfs have been constructed across the country by various government agencies such as Ghana Gas, the Ghana National Petroleum Corporation, the Zongo Development Fund, etc. 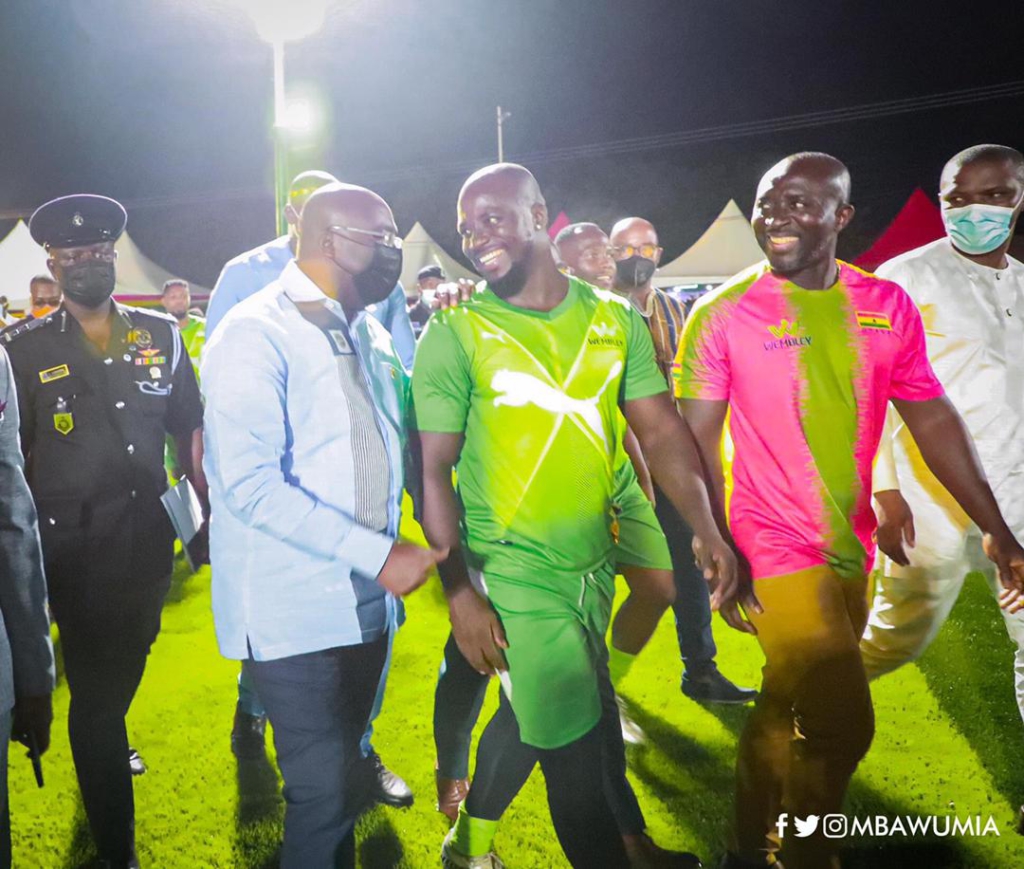 “At the regional level, the Akufo-Addo government has built 10 multi-purpose stadia in all the 10 old regions of the country, and they will soon be commissioned when the final stage of works are completed. Additionally, government has initiated moves to build six more in the six newly-created regions to ensure that each region has at least one ultra-modern and multipurpose sports stadium for high-level sports activities.”

Dr Bawumia noted that the spread of astroturfs within communities across the country would not only rekindle interest in sports activities and help unearth more talents, it would also help promote fitness . 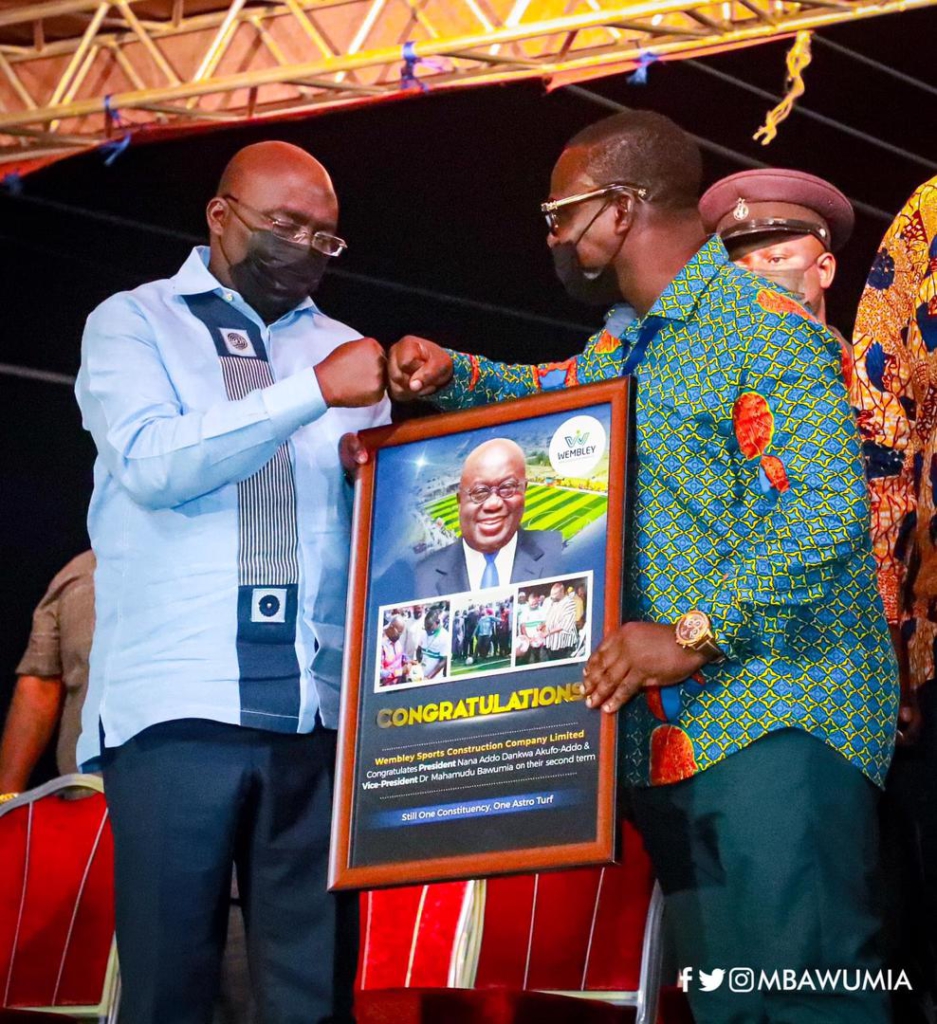 He indicated that promoting fitness should be an essential part of Ghana’s healthcare delivery system, and therefore, tasked the Ministry of Youth and Sports to institute a monthly National Fitness Day, which would be observed nationwide.

The Adjiringanor facility was funded by Ghana Gas Company Limited and officials of the company, led by the Chief Executive Officer, Dr Ben Asante, graced the occasion.