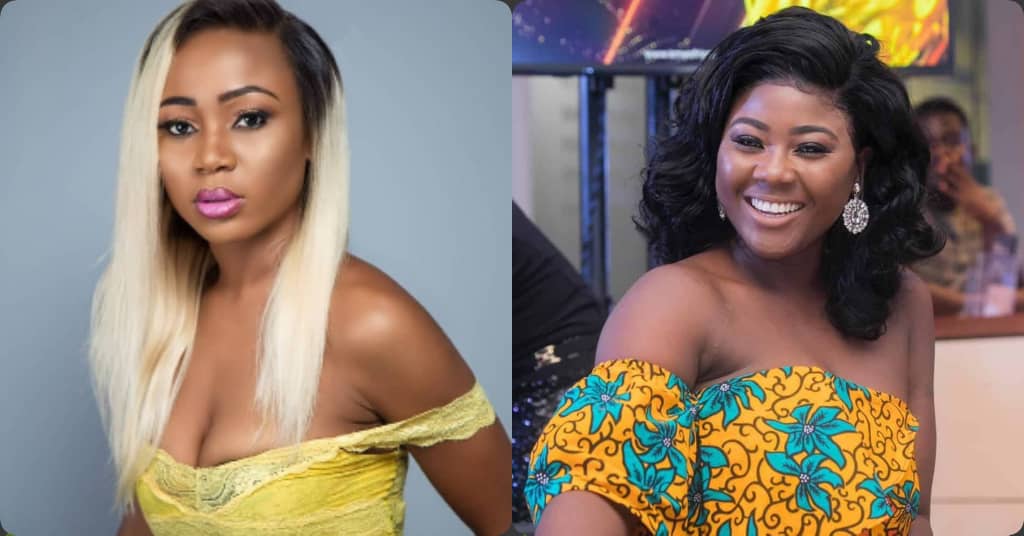 Following the audio of Moesha Boduong’s Personal Assistant, Nelson sharing the dirty things Moesha did in the past during a conversation with Salma Mumin as it was recorded secretly.

Some Ghanaians including celebrities such as Afia Schwarzenegger has registered their displeasure in Salma Mumin’s action by releasing a private conversation into the public domain.

Akuapem Poloo who is also not in support of the action castigated Salma Mumin claiming she is jealous and envious of Moesha Boduong.

The socialite further warned her fans and followers to be careful of the people they bring around them as the same people they walk with will turn and stab them on their back.

“Let’s be vigilant, watch people you surround yourself with. You can’t trust. You see how human beings can be happy over their fellow human being’s downfall and would not think twice to bring you down, to do evil things to you because of enviousness and jealousy. Let’s be watchful,” the award-winning actress noted.

Akuapem Poloo also added: “It’s so funny how things are happening in our industry,”

READ ALSO:   'I Have Been A Wizkid Fan Since 16-years' - Bobrisky Reveals Her Love For The Nigerian Artist

READ ALSO:   'I Will Rather Buy You A Dictionary' - Nana Aba Anamoah Puts An Entitled Fan In His Place

READ ALSO:   Akon Shares His Thoughts On R. Kelly’s Conviction—Says He Has The Right To Redeem Himself