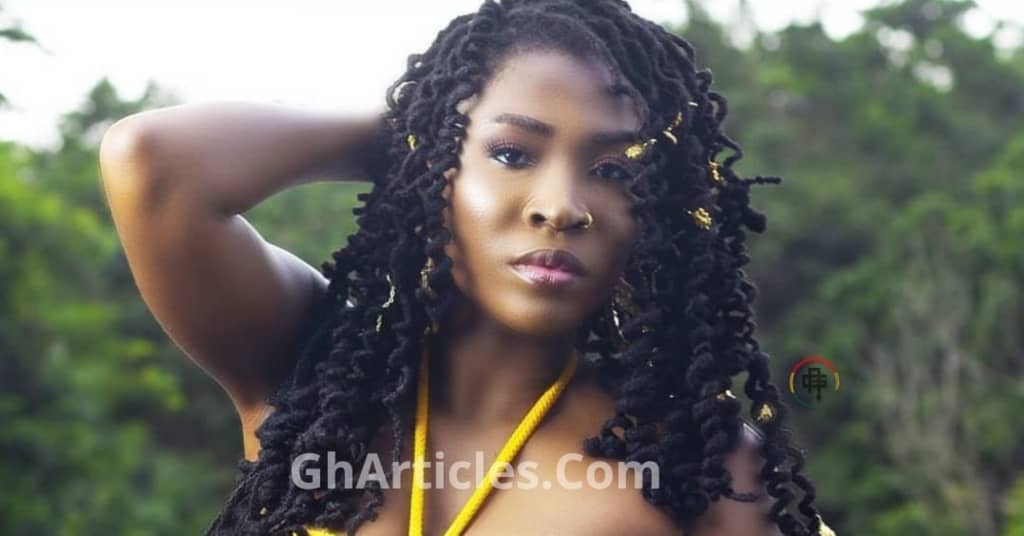 AK Songstress, who said she is enjoying the reception she is receiving in recent times, said the hit song did not happen by chance, but due to some rituals she performs as an artiste.

She said she holds with seriousness her fasting and prayers as well as abstinence from sex and it’s related activities.

The fasting, she said she does strictly on Sundays, the day she was born and any other day she believes is auspicious.

THIS IS TRENDING:   Efia Odo Shares Experience On Dating A Fan; Vows Not To Date Any Nigerian Again

“I am that type of person; I don’t remember the last time I had sex. I dated and I never had sex. The logic behind it is to avoid staining my spirituality. Before I began doing bad things, those times I was very powerful. In school, people came to me to pray for them,” she said.

In her opinion, hopping from bed to bed takes away the grace and favour that one needs to put into full use their God-given talent, and hers happen to be singing.

Diverting to her Jonathan song, AK Songstress said she began having bad and weird dreams after the song became a hit.

The nightmares continued until she fell unconscious abruptly, and she believes she is being spiritually tested.

Describing herself as a seer, the artiste said she is positive her dreams are revelations, disclosing she is ready for whoever and whatever.

THIS IS TRENDING:   'Shatta Wale Cracked Expensive Joke And IGP Is Not Laughing' - Samini Reacts To Shatta Wale's Apology To Police After Faking His Gunshot Attack

THIS IS TRENDING:   This World Is Deep – Jim Iyke Recalls Experience At TB Joshua’s Church

THIS IS TRENDING:   Is Rihanna Pregnant?